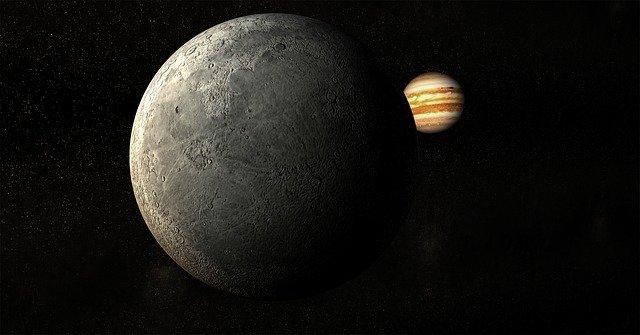 The NASA Juno spacecraft was launched in August 2011 to Jupiter, the biggest planet in our solar system. Its aim and mission include studying the gas giant’s origins, atmosphere, structure, and magnetosphere. The spacecraft flew across deep space on a thrilling voyage for five years. Juno finally got to its destination on the 4th of July, 2016, after traveling for almost 1.8 billion miles.

It is the second spacecraft to orbit the gas giant and it is powered by an array of solar panels. Its mission includes doing a comprehensive study of Jupiter. By making use of an elliptical polar orbit, Juno was sent out to investigate the presence of an ice-rock core, quantify the level of global ammonia and water present in the Jovian atmosphere, assess the deep wind and convection profiles, and explore the polar magnetosphere while also investigating the origins of the planet’s magnetic field. The Juno mission is managed by the Jet Propulsion Laboratory (JPL) at NASA while Lockheed Martin built the spacecraft.

What Juno has taught us about Jupiter

Planetary scientists can now learn a lot more about the gas giant Jupiter all thanks to Juno. The spacecraft orbits the massive planetary body once every 53 days, and as combines the data collected when it does its very close passes also called perijove, the scientists working on the mission have been to have a better understanding of what is going on inside and around the veiled clouds of Jupiter.

The earlier missions were limited in that they could only visualize only a few hundred kilometers of the Jovian atmosphere. The Juno spacecraft changed all this as it goes with many instruments that can see much farther and far deeper.

An excellent example of this is the Microwave Radiometer, which sees to the observation utilizing light wavelengths so that the clouds become easy to study as they become transparent. Juno has shown the scientists that what they were looking at before was nothing and that a lot more was available underneath. Since they can now study much deeper, scientists can know a lot more about Jupiter’s atmosphere.

The spacecraft also contains a gravity instrument that makes it possible to measure the amount of gravity Jupiter has on Juno. By studying this gravitational tug in different places, planetary scientists have established a density map of the gas giant.

Juno has done sufficient flybys for a proper image to be built for the planet. Researchers can now understand the nature and composition of the cloud tops and the layers beneath, as much as 3,000 km in the direction toward the planet. The presence of a magnetometer also means that mapping of the massive magnetic field is possible.

The area close to the Great Blue Spot has also been noticed to adapt over time and this ensures that Jupiter is the only planetary body apart from the earth where a dynamic magnetic field has been observed. One of the most important missions of Juno is to observe the dynamic atmosphere of this planet that has left humans speechless since the beginning of time.

The data from Juno has led researchers to understand that every seven years, there is a phenomenon referred to as the disturbance cycle. It is this cycle that leads to the disappearance of a whitish haze at a high altitude. When this happens, it opens up the dark brown clouds situated underneath. The cycles established massive streaks all over the Jovian equatorial zone and could be seen for months. Scientists have already mapped out a timetable for this cyclical pattern and there are even predictions.

If there is any item on the spacecraft that has also expanded our horizon of understanding the planet, then it is the JunoCam. It is the only visible light camera on the spaceship, and it was not even designed to be a scientific instrument in the first instance.

However, the stunning image data generated has provided some of the most detailed photos of the gas giant. Many amateur planetary scientists have devoted themselves to gathering and processing the raw data from the JunoCam. Overall, Juno has been able to refine and deepen our perspective of Jupiter while also giving fresh insights regarding this immortal planet’s ever-dynamic atmosphere.