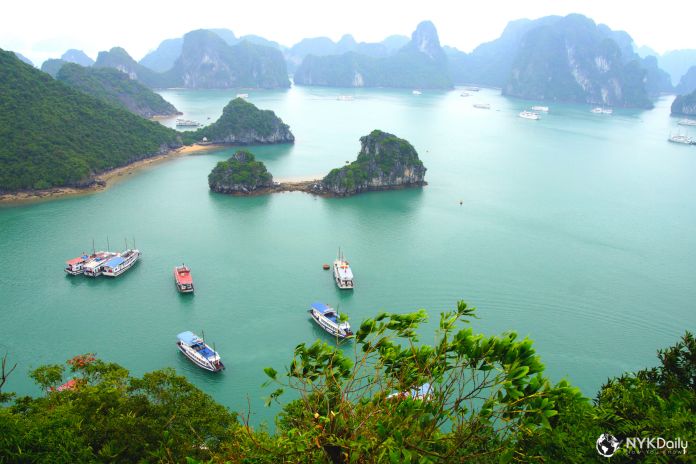 As 2020 draws to a close, Vietnam is going to be one of the few countries which will successfully beat the economic downturn induced by the global Covid-19 pandemic. Led by good management of the pandemic, a successful policy of foreign investment and striking out with friendly countries like India, the small South East Asian country has ensured that it not only beats the virus, but is well positioned to punch beyond its weight.

India is very much a part of Vietnam’s economic surge.

The International Monetary Fund expects the country to grow 2.4 per cent despite the pandemic, at a time when the economy of other countries is contracting.

Vietnam has smartly exploited the disruption of global supply chains, monopolised by China, due to the global spread of coronavirus and the trade-wars. It has attracted companies exiting China. For example, Apple and Samsung have already begun operating in the country. It has even managed to attract Indian companies to invest or increase investment in the country.

Just a few days back, one of the top Indian IT companies, HCL announced that it is looking at hiring more than 3,000 employees in Vietnam. It plans to set up HCL Vietnam to tap multinational businesses for sectors like banking, finance, engineering, infrastructure, healthcare and others. Setting up an office in Vietnam will help it tap domestic and global opportunities in a country where the government is walking the talk in inviting foreign investment.

Similarly, despite Chinese staring down both India and Vietnam, Indian oil and gas exploration company, Essar is planning to increase its investment in the country. Indian State-owned major ONGC Videsh (OVL) has been exploring in the South China Sea (SCS) for decades despite Chinese opposition as it lays claims to the resource rich SCS.

Last year, China had undertaken threatening manoeuvres against the OVL offshore gas field. Chinese coast guard ships had entered Vietnam’s Exclusive Economic Zone and stationed themselves near the OVL field. Even the Chinese air force had flown over the site. In a rebuff to China, OVL and Essar still continue with their operations.

Interestingly, Vietnam has been on a stable pathway to attracting foreign investment. Nguyen Tan Dung, former Prime Minister wrote for World Economic Forum, saying that Vietnam’s socio-political stability, population structure, along with vigorously renovating the business and investment climate has made the country an attractive FDI site.

India and Vietnam have a comprehensive strategic partnership under which the two countries are keen on developing trade relations along with co-operation in cutting edge sciences like emerging technologies, civil nuclear energy, renewable energy and space. India is undertaking quick impact projects, which include seven in water resource management and five on developing educational infrastructure in Vietnam.

With 206 projects worth nearly $900 million, India stands at the 26th spot among those investing in Vietnam. However, with both – the Indian government as well as companies looking towards south east Asia, Vietnam hopes to steal the deal.

The country’s proactive reaction to the pandemic ensured that people did not have to spend much time under lockdowns, resulting in quick revival of work. The government also made efforts to push local tourism to boost post-lockdown economic activity. Responding swiftly to shore up the economy, it introduced tax breaks, delayed tax payments and made a number of other policy changes to push exports and attract businesses.

While China was busy with trade-wars, conflicts and muscle-flexing in its neighbourhood and beyond, Vietnam made the most of the opportunity. The small country is on its way to becoming the next Asian Tiger as it invites foreign investment, pushes industrialisation and increases exports to both China and other parts of the world.