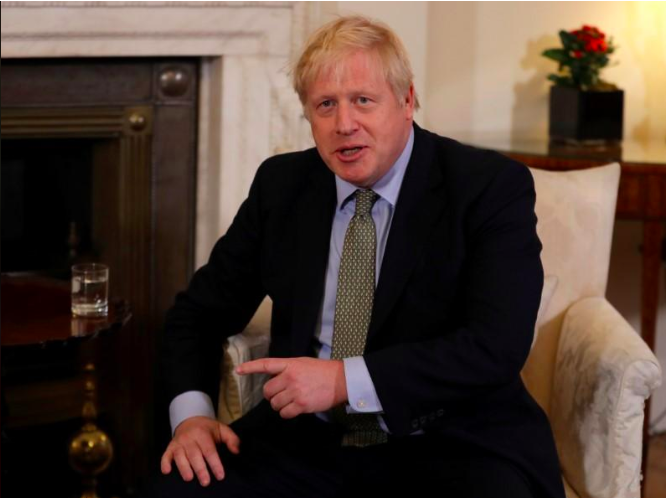 India on Tuesday said that British Prime Minister Boris Johnson’s presence at the Republic Day celebrations next month will be “symbolic of a new era”.

Calling it a great honour, UK’s Foreign Secretary Dominic Raab, who arrived in New Delhi on a four-day visit on Tuesday, said that Prime Minister Johnson has accepted India’s “very generous” invite to be the chief guest at the Republic Day celebrations next month. “I’m pleased that PM Boris Johnson has invited PM Modi to join the UK-hosted G7 summit next year. The British PM has also accepted the very generous invitation to attend India’s Republic Day celebrations in January, which is a great honour,” he said this afternoon.

This will be Johnson’s first major foreign visit since he took charge last year. In a statement, he said that he is “absolutely delighted to be visiting India next year at the start of an exciting year for Global Britain, and look forward to delivering the quantum leap in our bilateral relationship that Prime Minister (Narendra) Modi and I have pledged to achieve.”

India’s foreign minister S. Jaishankar said the British Prime Minister’s presence at the Republic Day celebrations “would be in a way symbolic of a new era, and a new phase of India-UK ties.”

The invitation from Modi is tactical and timely as the transition period for Brexit ends on December 31 and it’s almost certain that the UK will go for a ‘hard Brexit’ – a clean break from Europe which will entail Britain giving up membership of the EU’s single market, allowing it to to trade freely with EU members without restrictions.

The hard Brexit is likely to disrupt UK’s economy, which even after four years of the Brexit vote, is for most practical purposes still functioning as part of the EU. To reduce the adverse effects of the economic disruption, the UK has been looking for trading opportunities elsewhere.

Prime Minister Johnson has offered a free trade agreement with India, given its huge market. Johnson’s visit to New Delhi next month will be significant for trade negotiations between the two countries.