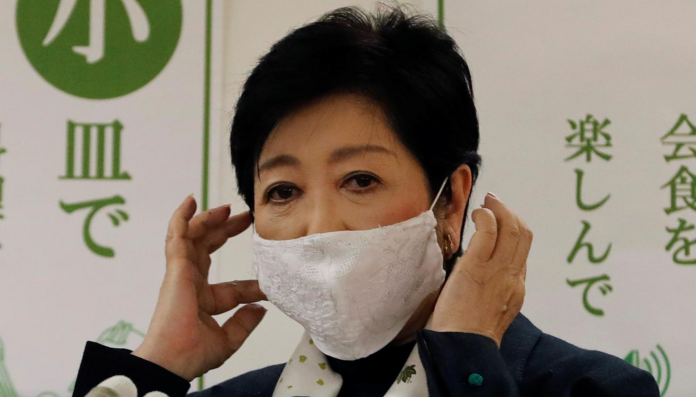 Tokyo’s governor asked the government on Tuesday to temporarily exclude Tokyo residents aged over 65 from a scheme encouraging travel and tourism in Japan, saying it could expose them to the coronavirus and result in more severe cases of COVID-19.

The Go To Travel campaign offers subsidies for domestic travel. It has been credited by the Japanese government with boosting the country’s regional economies and helping airlines and other travel companies weather the coronavirus pandemic.

The campaign, however, has come under pressure as Japan encounters a fresh wave of coronavirus infections that some fear could escalate beyond the capacity of hospitals to cope.

“The elderly are more susceptible to becoming severely ill, so from that standpoint we asked for the change,” Yuriko Koike told journalists following a meeting with Prime Minister Yoshihide Suga. “The decision and how to go about it is for the government to make.”

Suga’s government last week agreed to suspend the Go To Travel programme in two cities, Sapporo in northern Japan and Osaka in the west, following a sharp rise in cases.

Japan’s capital on Tuesday reported 372 new cases, the seventh straight day above 300, with 33 COVID deaths nationwide, the most in a single day since the outbreak began, according to public broadcaster NHK.

Economy Minister Yasutoshi Nishimura earlier said the request from Tokyo asked that elderly people be excluded from the travel campaign until Dec 17.