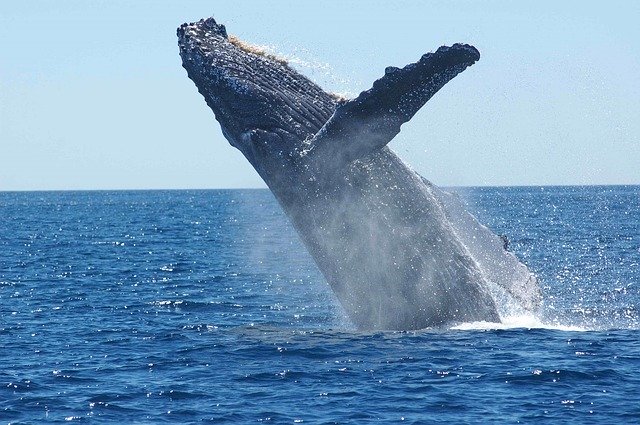 Few creatures in the world today are as majestic as the whales. The biggest mammal on the planet, the whale is also the biggest animal to have ever lived and it can reach almost 100 feet in length and nearly 200 tons in weight.

Hence, you can understand why whale watching is one of the most amazing recreational activities anyone can engage in. to watch a whale in action is to behold real magic as you will be left spellbound. For those interested in whale watching, here are the eight best destinations you should consider for your aquatic voyage.

This icy continent is not just a desolate wilderness but it is also the location for some of the most charming wonders of nature. Antarctica is an ideal place for whale watching as it is home to a minimum of eight different whale species. It is best to plan your visit between February and March as that is when most tourists visit so it is also nice if you book your space well ahead of time. From humpbacks to orcas to minke whales to sperm whales and even the iconic blue whale, Antarctica has all you need as a whale watcher.

Many tourists who visit this paradise island do so with just one thing in mind – just to see the whales. Hawaii is a preferred spot for countless humpbacks for mating, calving, and also rearing of their young. Cruise across the Hawaiian Islands as you watch the whales and enter the Auau Channel in style as you enjoy this popular area for whale spotters. You should visit between January and March – that is the peak season.

Those who have desired to see killer whales in action, then you should pack your bags and head for Vancouver Island in Canada. September is the time to observe the orcas so plan your itinerary very well. You must also include the Telegraph Cove in your destination if you are a lover of orcas. You can also be lucky enough to see some humpback and grey whales too.

A list of whale watching destinations can never be complete without mentioning Iceland. You should tour in the period between May and September so you can watch humpback whales doing their thing. If luck is on your side, you will also see a pod of sperm and blue whales.

This may come as a surprise to some but the Pacific coast of Mexico is home to whales. You can have a perfect view from Bahia de Banderas to Cabo San Lucas. Those visiting should plan for the period between December and March. Expect to see blue whales, grey whales, and humpbacks. El Vizcaino is a prominent spot for whale watching as it is a protected sanctuary and home to more than 2,500 grey whales.

If there is anything that Provincetown is known for, it is whale watching. Anyone planning on touring New England during the April to October whale watching season will have pleasant memories for life. Enjoy all the splendor of Cape Cod while you remain speechless with the majesty of the whales. You are going to see pilot, right, minke and finback whales.

This cute island nation in the middle of the Indian Ocean is known more as a place with gorgeous beaches and underwater hotels but another aspect some are not aware of is that the Maldives is one of the best places to watch whales. It is home to 20 various dolphin and whale species. You are going to see the biggest of them all – the blue whale – in its blue domain. You will also see the relatively rare dwarf sperm whale, tropical bottlenose whale, and the melon-headed whale, and some orcas or even a pilot whale too.

The southernmost country in Africa is blessed with a lot of things and exotic whale watching spots are some of these wonders. The village of Hermanus situated on the Western Cape is the hub for whale watchers. They have the yearly Whale Festival in September. You will do best to plan your visit in the time between June and November because that is the period of migration of Southern right, Bryde’s, and humpback whales. This is a location where you are going to see some of the most unforgettable pods of whales as they come together to mate.