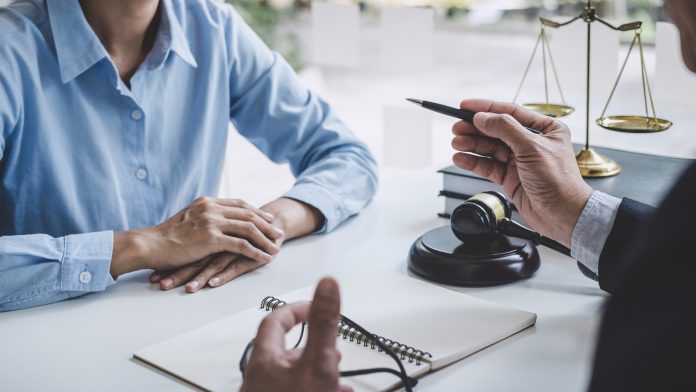 Drugs and drug-related crimes are a serious problem in the United States. They’re so serious, in fact, that many states, including Texas, are really cracking down on those convicted of a drug-related crime. These types of crimes can happen for many reasons. Sometimes, they stem from a person who is dealing with a drug addiction and not thinking or acting logically. Other times, they may be due to someone who was just hoping to make some easy money by selling or transporting drugs. Then, in other cases, drug charges come down to being in the wrong place at the wrong time or with the wrong people.

Whatever the reason, when a person is charged with a drug crime, the smartest thing they can do is to seek quality legal counsel immediately. Having the right legal representation could mean the difference between spending years in prison or being exonerated of all charges. Even in the case of a conviction, good legal counsel can help to lessen the consequences the offender faces. But, without the proper help and aid, the charged person run a much higher risk of a life-altering conviction and subsequent punishment.

Drug charges come in two types: misdemeanors and felonies, with felonies being more serious and carrying more potential consequences if convicted. The type of charge a person faces depends upon factors such as the type of illegal substance, whether there were past offenses, and the amount of the substance the person was carrying.

In any case, though, a drug-related conviction can potentially result in a lifelong record that will follow a person around indefinitely. People will often have to disclose past convictions on job applications and even rental applications, which can complicate their lives. And, while charges can sometimes be expunged, this can be an expensive process and requires a waiting period. Plus, it’s not possible in every circumstance. For all of these reasons, it’s best to avoid a conviction whenever possible, which is why good legal counsel is so very important.

Not only can a conviction carry with it a record, it can also cause a person to serve real, hard time in prison. If prison sentences are handed down, the convicted person could face anywhere from a few months to a lifetime in prison, depending upon the type of drugs, the amount, whether there was intent to sell, and various other factors.

In any event, no one wants to lose years of their life to the prison system, which is a harsh place to be. Thankfully, qualified attorneys, such as Jason Katims, can reduce the chances of imprisonment or, at the very least, work to reduce the amount of time that has to be served. Probation is a very real possibility to keep those convicted from going to jail, but it’s often off the table for those who have only court-appointed attorneys or who are attempting to represent themselves.

In addition to the possibility of prison time, many drug convictions also result in a person having to pay extensive fees. For the most serious convictions, these fees can be as high as $10,000, which is a lot of money for the average person. Having to pay back this money can take a major toll on a person’s life and can essentially take away a large chunk of the money they earn on an annual basis. Thus, those who wish to avoid this type of restitution and to maintain their lives as they knew them are strongly encouraged to obtain legal counsel.

While the most serious of consequences are typically reserved for those convicted of felonies, even those with lesser charges, who are unlikely to face prison time, can still experience difficulties if convicted. In many instances, those with drug convictions may have a hard time getting or maintaining custody of their children. When a person is viewed as a liability or as a potential danger to minors, courts often refuse to grant custody to that parent or may revoke custody or visitation rights. Such convictions can also affect a person’s eligibility to adopt a child. For these reasons, all people, but especially those who are or who hope to become parents, should do everything within their power to avoid a drug-related conviction.

The Potential To Get Much-Needed Help

Everyone who has been charged with a drug-related crime wants to avoid these and other major consequences they are facing. However, for those with drug addictions, it’s also imperative, in many cases, that they get the help they need to overcome their addictions and live happy, fulfilling lives. Fortunately, qualified attorneys are often able to help people in these situations to take part in a rehabilitation program in lieu of facing jail time or other serious consequences. For those who wish to seek this kind of alternative, professional legal help is a necessity. A good lawyer can make a strong case for why rehabilitation would be a better option than jail time and can often make this option a real possibility for offenders.

Often, people facing drug charges will avoid hiring a lawyer because of the expense. However, when considering the possible consequences, including potential financial consequences of a drug conviction, it’s easy to see the cost is a smart investment. Without a lawyer, the defendant has a very real chance of facing the highest level of punishment, and is that really worth “saving” on the cost of a lawyer? Furthermore, many lawyers can work with people with various financial situations so, no matter what monetary challenges a person may be facing, seeking and paying for good legal counsel is always worthwhile.

With all of that said, it is important to choose a skilled attorney who has a history of defending, or specializes in, drug charges. Look for a lawyer with a good track record of successful outcomes on cases similar to yours. If you can do that, you stand the best possible chance of beating a conviction or of coming out of your case with lesser consequences.