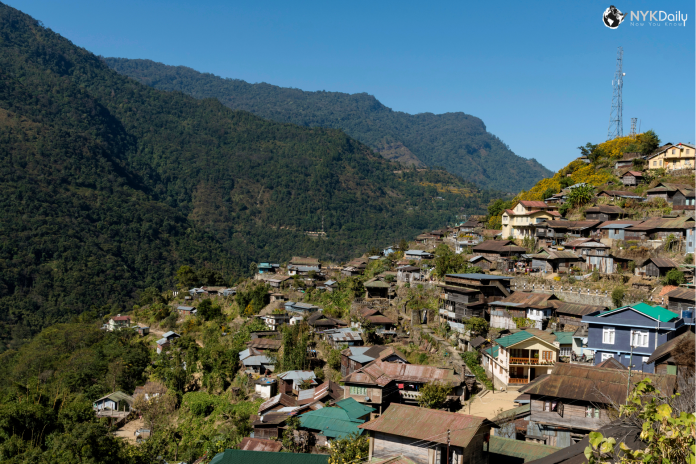 The Naga peace process has gained impetus with the surrender of a top National Socialist Council of Nagaland (K-Yung Aung) militant along with 52 other cadres, security agencies said on Saturday.

The surrender of 53 NSCN (K-YA) members on Friday is a major success for the Indian Army, Assam Rifles and the Myanmar Army.

“Starson Lamkang, a Manipuri Naga from Lamkang tribe of National Socialist Council of Nagaland (K-Yung Aung)surrendered on December 25 along with 52 other cadres,” said a top government source.

NSCN (K-YA) is the only Naga faction which has not observed a ceasefire with the security forces and is not part of the ongoing peace talks.

NSCN (K-YA), a major Naga Insurgent Group with Myanmar and Indian cadres led by Khaplang abrogated the ceasefire with Indian government in 2015.

The group, thereafter, was responsible for a series of violent incidents, extortion and recruitment in the North East Region and became the focus of operations by both the Indian Army and the Tatmadaw (Myanmar Army), with extensive area domination, selective intelligence-based targeting of the leadership and overground workers support network, forcing them to shift bases frequently.

After Khaplang, Khango Konyak, an Indian Naga became the Chairman of the group in 2017.

There was resentment over this move and by mid-2018, Khango had been ousted and replaced by Yung Aung. Khango Konyak moved with his supporters back to India and joined the ongoing Naga Peace Process, signing the ceasefire in 2019.

This opened the doors for remaining Indian-origin leaders and cadres of NSCN (K-YA) to also join the peace process.

Relentless domination of the India-Myanmar border and the hinterland areas severely restricted the operating space of the insurgents. Their troubles were compounded with the conduct of coordinated operations with Tatmadaw (Myanmar Army) in 2019 and 2020.

These resulted in clearing out of the NSCN (K-YA) headquarters at Taga and severe restrictions on the camps opposite Nagaland and southern Arunachal Pradesh. “This resulted in apprehension/surrender of a large number of insurgents and signing of the Memorandum of Settlement by National Democratic Front of Boroland groups in January 2020.

Communication channels were kept open with tribal groups and Civil Society Organisations as outreach to the Indian-origin leaders and cadres of the NSCN (K-YA) to bring them into the folds of the peace process.

A dynamic counter intelligence and counter terrorism grid was maintained by reorganising the command and control of the Security Forces under Inspector General Assam Rifles (North) at Kohima.

The Covid restrictions on cross-border movement on India-Myanmar border by the Assam Rifles hit the logistics of the insurgent groups operating in Myanmar. Operational and logistical challenges brought to bear on the group by security forces forced the leadership to rethink their future course.

Due to difficulties, the group again split in 2020 with Nyemlang Konyak, Niki Sumi and Starson with their cadres breaking away from Yung Aung in July 2020.

Nyemlang Konyak came overground in September 2020 and joined the NSCN(R). Coordinated operations with Tatmadaw were launched in October 2020 specifically targeting the Niki Sumi group which now had shifted their base opposite Phek district in Nagaland.

This pressure resulted in Niki Sumi, Starson and a large number of their cadres coming overground in December 2020 and expressing willingness to rejoin the peace process.

The surrender was in three phases. On 27 September 2020, Nyemlang Konyak joined NSCN (R) as a part of NNPGs. Nikki Sumi then surrendered on December 19, 2020 with two individuals without weapons. Finally on December 25, 200, as a follow up, Starson Lamkang along with 52 other cadres surrendered in Phek district of Nagaland.

The surrender has been brought about by deft military diplomacy which saw the Chief of the Army Staff Gen M.M. Naravane proceeding on a visit to Myanmar along with the Foreign Secretary. The visit and subsequent discussions with Myanmar Army and other officials paid rich dividends.

The joint military-diplomatic efforts have led to the breakup of NSCN K-YA, a group which was involved in the ambush of Dogra Regiment in Manipur in 2015.

These three leaders were under constant pressure from both the Indian Army and the Myanmar Army apart from frequent attempts of NSCN K-YA to target them which forced them to join the peace process.

The coming overground of these prominent leaders and cadres, strengthens the ongoing peace process and creates conditions for an amicable and widely acceptable solution. Many of the leaders are wanted in previous cases by the National Investigation Agency for which the government would take a call.