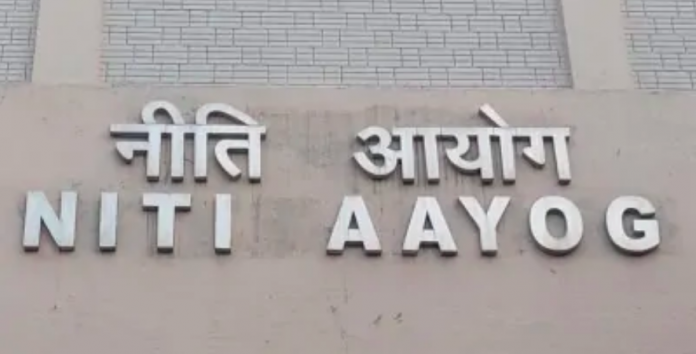 Amid Covid-19 crisis, the NITI Aayog on Monday released a white paper by the name of ‘Vision 2035: Public Health Surveillance in India with the vision’.

Among many of its goals are to make India’s public health surveillance system more responsive and predictive to enhance preparedness for action at all level.

The focus was also on improved data-sharing mechanism between the Centre and states for better disease detection, prevention, and control, as well as India aiming to provide regional and global leadership in managing events that constitute a public health emergency of international concern.

“The ‘Vision 2035: Public Health Surveillance in India’ is a continuation of the work on health systems strengthening. It contributes by suggesting mainstreaming of surveillance by making individual electronic health records the basis for surveillance. Public health surveillance (PHS) is an important function that cuts across primary, secondary, and tertiary levels of care. Surveillance is ‘Information for Action’,” reads a government statement.

The Covid-19 pandemic, it believes, has provided us with an opportunity to revisit (re) emerging diseases due to increased interaction between human-animal-environment. Early identification of this interference is the key to break the chain of transmissions and create a resilient surveillance system. Hence, the vision document is brought out which is believed to be a step in that direction, articulating the vision and highlights the building blocks.

“It envisions a citizen-friendly public health system, which will involve stakeholders at all levels, be it individual, community, health care facilities or laboratories, all while protecting the individual’s privacy and confidentiality,” adds the statement.

The white paper lays out India’s vision 2035 for public health surveillance through the integration of the three-tiered public health system into Ayushman Bharat. It also spells out the need for expanded referral networks and enhanced laboratory capacity.

The building blocks for this vision are an interdependent federated system of governance between the Centre and states, a new data-sharing mechanism that involves the use of new analytics, health informatics, and data science including innovative ways of disseminating information for action.

The paper released on Monday is envisaged to serve as a vision document to propel public health surveillance in India and establish this country as a global leader in the area.