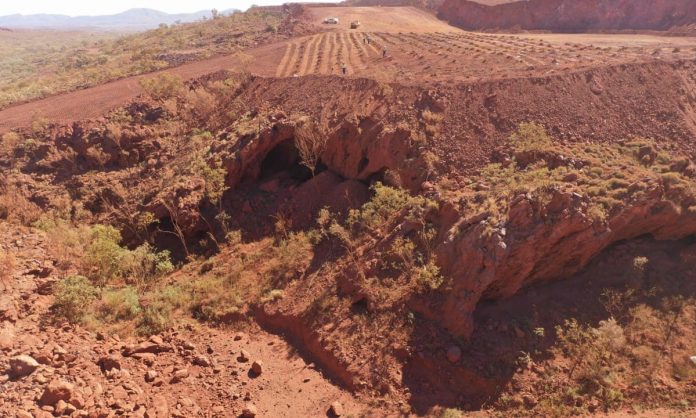 A parliamentary inquiry has called for Rio Tinto to pay compensation to indigenous Australians after the mining giant destroyed sacred caves.

Rio Tinto earlier this year blew up the 46,000-year-old Juukan Gorge caves in Western Australia’s Pilbara region despite previously being told of the site’s cultural significance.

The Joint Standing Committee of Northern Australia, which is conducting an inquiry into the incident, on Wednesday tabled its interim report, describing the decision to destroy the rock shelters against the wishes of local indigenous communities as “inexcusable”.

“Never again can we allow the destruction, the devastation and the vandalism of cultural sites as has occurred with the Juukan Gorge – never again,” the report said.

“The blast devastated a place of personal, community, national and international significance,” it said. “Rio Tinto’s role in this tragedy is inexcusable … Rio knew the value of what they were destroying but blew it up anyway.”

It said that Rio Tinto, the world’s second-largest mining corporation, “must negotiate a restitution package” with the Puutu Kunti Kurrama and Pinikura (PKKP) peoples and fully reconstruct the caves.

Pat Dodson, an indigenous Senator who is a member of the committee, said that the destruction of the caves was one of the worst avoidable disasters “that has ever happened in our country” but that it did not occur out of the blue.

“These failures were symptomatic of the ‘don’t care’ culture that infected Rio Tinto from the top down,” he told the Senate.

The report made seven recommendations, calling for action from Rio Tinto, fellow mining companies and the West Australian and federal governments.

“The (traditional owners) faced a perfect storm, with no support or protection from anywhere,” it said.