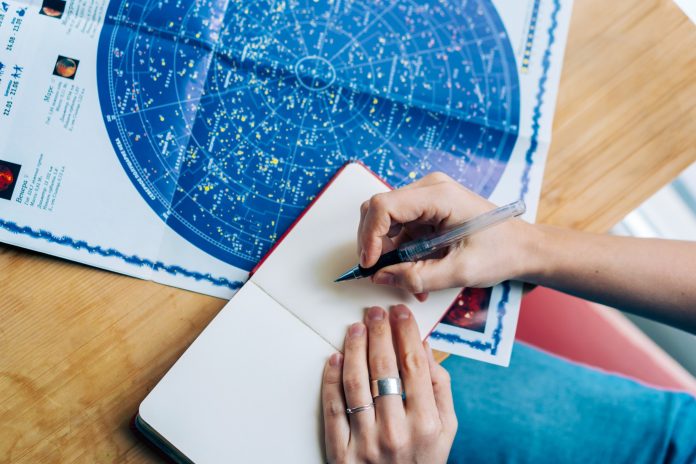 While many people have heard of the term horoscope, most don’t realize exactly what this word means. A horoscope can be a tool, such as an astrological diagram or chart, that tells a person about their traits, relationships, and future. The positions of the planets on a certain day, such as the sun and the moon, are taken into account and are said to cause certain life events and emotions. Many people who believe that horoscopes are accurate use them as a guide for themselves when making important life decisions.

While many people assume the traits, a person has allowed them to pick and choose the zodiac sign they want, this isn’t how it works. The date a person is born on determines their specific zodiac sign and helps guide their Horoscope. Here are the twelve zodiac signs a person can belong to:

Although there are twelve zodiac signs and twelve months in a year, each sign does not represent a specific month. Instead, it represents a time period. The following will take a look at each zodiac sign and go over some fun facts.

If someone is considered an Aquarius, they were born between January 20 and February 18. Aquarius is an air element symbols, and people who fit into this category are said to be deep, intuitive, and imaginative. The symbol for this sign looks like water waves and is called The Water Bearer. Famous celebrities who are Aquarius include the great Oprah Winfrey, singer Shakira, and President Abraham Lincoln.

Those born between February 19th and March 20th are considered to be Pisces. Pisces is a water symbol and element, and someone who falls into this category is supposed to be empathetic, creative, artistic, and wise. This symbol looks like two fish linked together, which makes sense for this water symbol. Famous people who are Pisces include Rihanna, Justin Bieber, and President Theodore Roosevelt.

People born between March 21st and April 19th fall into the Aries zodiac symbol. This is a fire element, and people that are Aries are supposed to be ambitious and bold. The ram is the symbol that represents people who fall into this category. Famous Aries include actress Reese Witherspoon, singer Elton John, and the 33rd US President, Thomas Jefferson.

A person who falls into the Taurus category would have to have a birthday between April 20th and May 20th. Taurus is considered an Earth element. People in this category are said to be mentally strong and dependable while having a flair for creativeness. The bull represents this symbol. Famous Taurus people include actor Jack Nicholson, Queen Elizabeth II., and the 18th President of the United States, Ulysses S. Grant.

People born between May 21st and June 20th fall into the Gemini category. Their symbol is The Twins and represents a pair of brothers named Castor and Pollux. This symbol is considered an air element. Gemini people are supposed to be versatile, curious, expressive, and kind. Famous Geminis include the great Patti LaBelle, singer Stevie Nicks, and President Donald J. Trump.

Those born between June 21st and July 22nd are considered to be Cancers. The zodiac symbol for Cancer is the crab, and it is a water element. Cancers are supposed to be compassionate and protective people who are sensible, determined individuals, and intuitive. Famous Cancers include singer Ariana Grande, reality TV star Khloe Kardashian, and the sixth President of the United States, John Quincy Adams.

The zodiac sign Leo applies to be people who were born July 23rd to August 22nd. The symbol for a Leo is a lion and this is a fire element. A Leo is said to be determined, powerful, prideful, and dramatic. Don’t assume this makes Leo hard to be around, as they are also said to be outgoing and sociable. Famous Leos include superstar Jennifer Lopez, actress Sandra Bullock, and past US President Barack Obama.

Virgos were born between August 23rd and September 22nd and are said to be practical, gentle, and loyal. A Virgo is an Earth element represented by a maiden. Famous Virgos include funny girl Melissa McCarthy, actress Blake Lively, and the 36th President, Lyndon B. Johnson.

To be a Libra, a person’s birthday must fall between September 23rd and October 22nd. This air element is represented by a symbol of scales. Someone who is a Libra is supposed to be gracious, fair-minded, and diplomatic. Famous Libras include athlete Serena Williams, rapper Lil Wayne, and past President Dwight D. Eisenhower.

Scorpios are people who were born between October 23rd and November 21st. This water element is representing by a scorpion symbol. People who are Scorpios are said to be brave, stubborn, and resourceful people. Famous Scorpios include artist Pablo Picasso, actress Julia Roberts, and President Theodore Roosevelt.

Those born between November 22nd and December 21st are considered as Sagittarius. The symbol for Sagittarius is an archer, and the element is a fire element. Sagittarius people are known to be outgoing, happy, and generous people with bubbling personalities. Famous Sagittarius people include DJ Khaled, actress Katherine Heigl, and the eighth President of the United States, Martin Van Buren.

The Capricorn zodiac symbol applies to people with a birthday between December 22nd and January 19th. This Earth element is represented by a goat. Capricorns are supposed to be serious, independent, well-disciplined people. Famous Capricorns include Michelle Obama, Martin Luther King, and past US President Richard M. Nixon.

When Love is in the Air

Many people use astrology and horoscopes to help find a love match. Some signs are said to be more compatible together. The following make great matches:

The Element Signs of Astrology

When it comes to astrology, there are four different elements that a person’s sign can belong to. Astrologists say that people’s actions and personality traits can be predicted based upon their elemental signs. The four signs are:

The Good and Bad of the Earth Element

The Earth signs are Capricorn, Virgo, and Taurus. People who are Earth signs are generally considered to be friendly, approachable, and down to earth. Although these people are known to be genuine, they also like to be spoiled and they like things that are considered fancy. A negative for people of this element is that they can be stubborn and unbending in their thinking.

The Good and Bad of the Air Element

Aquarius, Libra, and Gemini are the three air elemental signs. The good side of this element is that people with air elements are rational, smart, and great at communication. A negative is that when upset, those with an air element can come off cold and will move on with a new relationship quickly.

The Good and Bad of the Water Element

Water element signs are Cancer, Pisces, or Scorpio. People who fall into this elemental sign are emotional, loyal, passionate, and caring. All of that passion can turn into a negative when a water element gets upset though, as they can become dramatic, moody, and a bit paranoid.

The Good and Bad of the Fire Element

Fire signs include Aries, Sagittarius, and Leo zodiac signs. People who share this sign are likely to be charming, confident, and even famous. When it comes to the good part, people who are fire signs can be wildly passionate about things that they care about. On the other hand, those who share a fire element can also be vain and selfish.

How Can Astrology Help By taking into account a person’s zodiac sign and their element type, one can use their horoscope as a guide for their life. Many people find their horoscope helpful when they are on the defense about a big decision. Horoscopes can guide a person on everything from career moves to romantic relationships to big purchases.