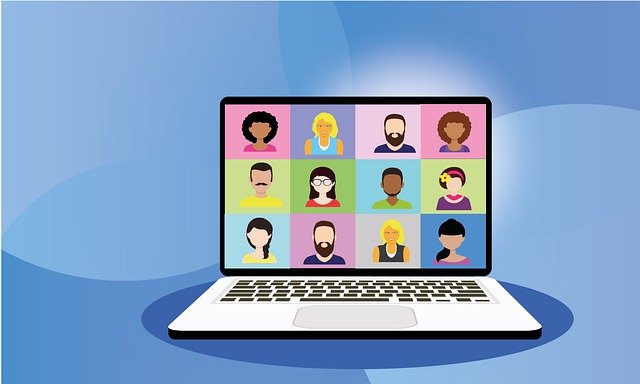 2020 has been the year of video conferencing, where live streaming has entered the professional work environment like never before. Formerly more of a niche system, the start of the new decade has pushed the software to the forefront, and in doing so represents the latest in a long line of individual efforts. This success didn’t happen in a day, with video-streaming technology having spent years evolving and moving from system to system.

Despite having such a long and storied history, much of this evolution is unknown or misunderstood. Here, by taking a look back at some of the most important features, we want to examine how exactly the stage became set for the state video streaming it exists in today. From simple beginnings to international hits, here’s what we found.

Videotelephony Before the Internet

Long before online streaming became a thing, the first direct person-to-person video transmission systems were called videophones. According to Britannica, the first public example of these occurred in 1927, between the then U.S secretary of commerce Herbert Hoover in Washington D.C and managers of New York’s Bell Laboratories.

This line operated over a closed circuit, and it wasn’t until 1956 that a model could work over existing phone lines. These models would employ modems like the computers that would come much later, allowing the signals to be transferred between analogue and digital data. Given how slow these modems were at the time, and the cost of the technology involved, it’s perhaps natural these systems never took off.

Not long after the advent of the internet, people everywhere were trying to push the envelope as much as possible. Trying for new heights, the first major online video stream took place as a performance by garage band Severe Tire Damage. As computer enthusiasts, the band set up this stream simply because they could, acknowledging that the quality left a lot to be desired.

The cat was out of the bag, however, and this one feat attained national and international attention. With each year, as encoding improved and modems gained pace, this type of streaming would become increasingly viable. Breaking the final barrier to mass adoption, as was the case for many online technologies, was the arrival of high-speed internet.

With the New Millennium

Following the year 2000, the internet started to more from curiosity to a useful tool and even necessity, and with that, high-speed connections bloomed. From what used to be the restrictions of 56k came speeds that were dozens of times faster, making traversing all corners of the internet immensely more convenient.

More video websites started to support live-streaming, backed up by the explosion of interest from social media. Once YouTube got on board in 2008, the future was no longer in doubt. Live video streaming was here to stay, it was just a matter of how it would evolve.

Mobiles and the Modern Age

In the modern age of video streaming, most of our prior limitations have ceased to exist. We don’t need bulky equipment, we can send and receive massive amounts of online data easily and, with the popularisation of the smartphone, we can do so from almost anywhere.

Directly, smartphones themselves act as the easiest form this technology takes, through simple video calls on systems like Zoom or Facebook Messenger. From calling home to check on a partner to sharing holiday time with family or friends on the other side of the world, the barriers are almost completely gone. As 4G and 5G proliferation and devices improve, expect this to only become easier.

On a one-sided sense, this technology has also become possible with systems like Twitch, YouTube Live, and online casino games. For example, live casino services are especially indicative here, often coming with dozens of games like roulette, blackjack, poker, and more. Streaming only the hosts allows the players to adopt a more relaxed attitude and functions in a best of both worlds approach.

In terms of video games, cutting edge systems like Sony’s PSNow and Microsoft’s Project xCloud have been lacking for years. Formerly limited by latency and bandwidth concerns, the recent age of connectivity has finally allowed these systems’ grasp to match their reach. Such services might illustrate a significant shift in the gaming market going forward, which has industry insiders fascinated.

As far as streaming has come, as many potentials as it has fulfilled, it’s not done yet. 2020 might have shown what interactive streaming can offer for work and education, but we’re still yet to adapt to these possibilities on a mass-scale. Couple this idea with the potential of newer technologies like augmented and virtual reality, and there’s no telling what the future might bring. We know streaming is only going to get bigger, but the question is exactly how large could it become?