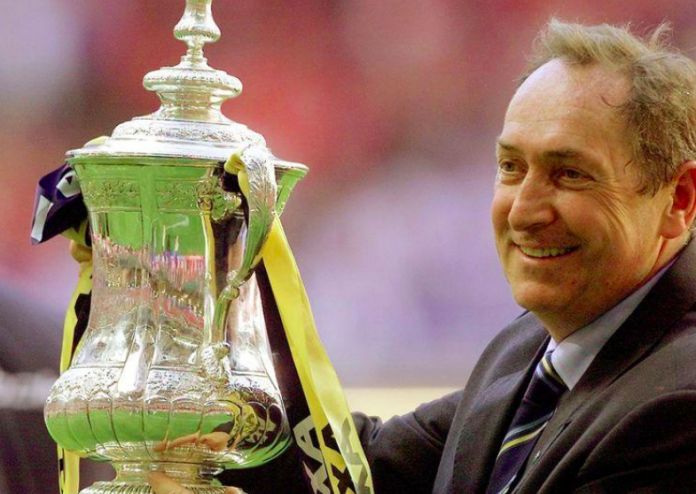 Former France manager Gerard Houllier, who rebuilt Liverpool from Premier League underachievers into a cup treble winning side in 2001, has died aged 73, his former club said on Monday.

“We are mourning the passing of our treble-winning manager, Gerard Houllier,” Liverpool said on Twitter.

“The thoughts of everyone at Liverpool Football Club are with Gerard’s family and many friends. Rest in peace, Gerard Houllier 1947-2020.”

The French football federation said it extended “its deepest condolences to the family and friends” of Houllier, who had a long association with the national team as a youth coach, an assistant and head coach between 1992 and 1993.

Houllier had a long history of heart problems, dating back to when he was rushed to hospital at halftime of a Premier League game between Liverpool and Leeds United in October 2001.

Former Liverpool striker Michael Owen, who scored two goals to win the 2001 FA Cup final against Arsenal, was among many leading figures in English football to pay tribute to the Frenchman.

Owen wrote on Twitter: “Absolutely heartbroken to hear that my old boss, Gerard Houllier, has sadly passed away. A great manager and a genuinely caring man. #RIPBoss”.

Former Liverpool defender Jamie Carragher added: “Loved that man to bits, he changed me as a person & as a player & got @LFC back winning trophies. RIP Boss.”

Phil Thompson, Houllier’s assistant at the Merseyside club who was caretaker coach while the Frenchman was recovering from heart problems, paid tribute to his human qualities.

“My mate, my colleague, my boss,” he wrote on Twitter.

“One of the greatest moments of my life was when we come together in 1998. Just to be in his company was an absolute treat. So loyal, so passionate and extremely fierce.”

After an insignificant playing career in France’s lower leagues, Houllier began coaching in 1973, earning his first big job with Lens before taking over at Paris St Germain.

He became France’s assistant coach in 1988 and then manager in 1992 but had a short, unsuccessful spell in charge.

He resigned after failing to take the team to the 1994 World Cup in the United States following shock home defeats by Israel and Bulgaria, losing the latter game, which they only needed to draw to qualify, 2-1 after a goal in added time.

Houllier described the defeat by Bulgaria as “the most catastrophic scenario imaginable” and focused on youth coaching immediately after the debacle.

He rebuilt his reputation at Liverpool, however, joining as co-manager with Roy Evans in 1998 before assuming full responsibility and leading the team to a treble of the FA Cup, League Cup and UEFA Cup in 2001.

He also had success back in France with Lyon, leading them to back-to-back Ligue 1 titles.

He returned to management after taking a break in 2010 with Villa but left the role less than a year later following further heart troubles.