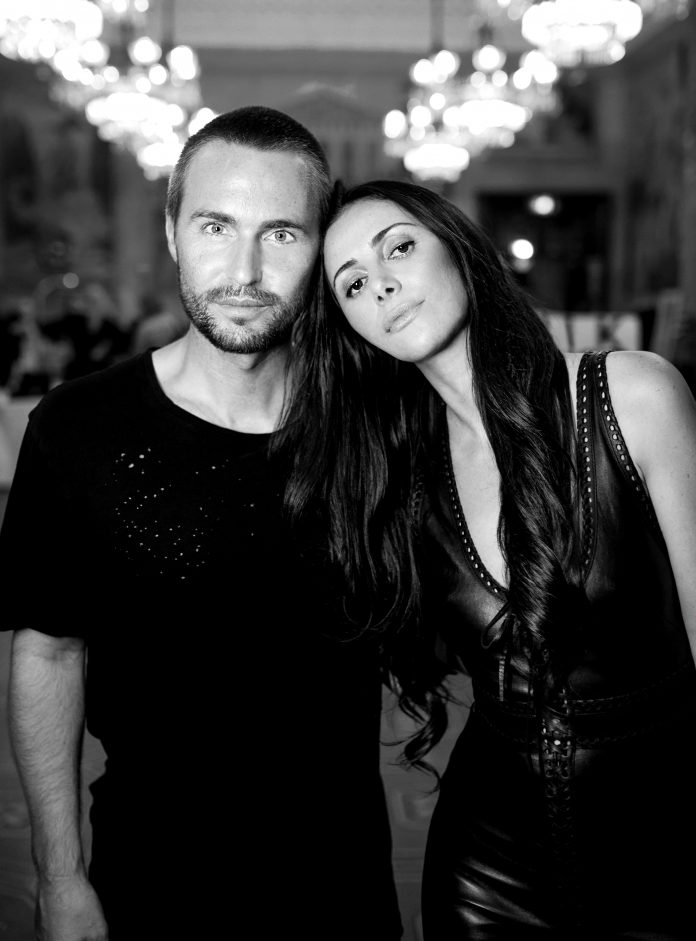 The women’s fashion industry is moving towards a point of saturation. With new names entering the fashion world every day, it is hard for some genuinely exceptional fashion brands to gather the required attention. On one side, the influx of fashion designers has opened doors to a wide variety in women’s fashion; on the other hand, the industry has lost its charm. Every other brand is, in one way or the other, a replicate of the other popular brands. Finding something unique in the market has become a task close to impossible.

Bringing a collection of powerful feminine fashion is a London-based luxury fashion brand, AADNEVIK. Even though it was founded just seven years ago, it has established a prominent identity in the world of fashion. What sets this brand apart from others is the fact that it launches its collection with a deep meaning. Mostly revolving around the movement to ‘empower women,’ AADNEVIK is playing its part in instilling a new soul into the feminine fashion industry. Rihanna, Madona, Selena Gomez, Beyonce, Camila Cabello, Anushka Sharma, and Priyanka Chopra are some of the celebrities that have been seen wearing AADNEVIK designs.

Besides being a choice of several celebrities, AADNEVIK has been honored by the new National Museum of Norway. The runway show opening dress, “Look 1” from Aadnevik’s autumn/winter 2020 collection, has gained worldwide attention as the National Museum has chosen the dress for its permanent collection. The dress will be on display in the museum in Spring 2021, which has added to its popularity and helped the brand establish a global fanbase.

In 2013, Kristian Aadnevik and his wife, Hila Aadnevik, established their self-titled luxury fashion brand, AADNEVIK. The brand was founded with an aim to launch a unique timeless semi couture fashion line infused with traditional craftmanship and masterly cut feminine shapes to help women feel confident and in power while wearing them. The first collection was launched in the same year under the name “Moth.” Featuring clothes resembling the gorgeously haunting body of this insect, this collection marked the start of the brand’s uphill journey. While this collection was launched with an aim to ‘inspire hope and strength in a woman to always strive towards the light and beauty,’ it was followed by several other powerful collections.

Other collections by this brand include ‘Sanctus Hortum,’ contrasting the romantic and fragile against the wild and amorous, ‘The Greatest Show on Earth,’ representing a world of wonders, fun, and excitement like the flight of the cannon man, ‘Spirit of the Wild,’ representing a world of sublime beauty and danger, inspired by the wilderness of Africa, and several others. In 2020, AADNEVIK also launched ‘Urania.’ It was a collection ‘inspired by Alexander Jamieson’s beautiful depiction of the heavens in a celestial atlas.’

AADNEVIK has brought into women’s fashion its popular ‘dreamy evening gowns, with its defining themes a blend of opulence, sensuality, and gloom.’ Most dresses by this fashion house come with silhouettes that are corseted and either short or full length gowns. The perfect words to describe the clothes by this brand is powerful, feminine and timeless. The couple designs all its dresses with a ‘beautiful romantic vision.’ The designs by AADNEVIK are also popularly described as ‘strong, seductive and free; yet fragile, soft and loving.’ It has exhibited its designs on several well-reputed platforms, such as London Fashion Week. Also, during the seven-year-period, AADNEVIK made its way into two of the world’s biggest film industries, Hollywood and Bollywood.

From MTV VMAs and MTV Movie Awards to Oscar Parties and Harper’s Bazaar Icons party, celebrities such as Kaia Gerber, Kendall Jenner, Rita Ora, Jhanvi Kapoor, Cheryl Cole, and plenty of others have been spotted wearing the AADNEVIK designs. Not only this, but AADNEVIK’s dresses have also been featured in the music video of Selena Gomez’s singles, ‘Come & Get It’ and “Rare”. Be it glamorous award functions, charity events, fundraisers, or red carpets, this brand brings the best luxury dresses for women with a burning desire to feel powerful and confident. The brand focuses on the artistry of couture and as the couple behind it believes that ‘working with couture pieces is art.’ All AADNEVIK designs are created with love and affection to make women feel special, loved, and always in power. All of the dresses are handmade that adds to the grandeur of the brand.