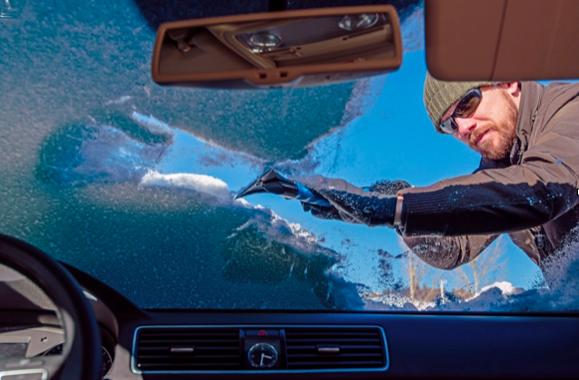 Thanks to the coronavirus public health crisis, experts expect a significant dip in car crash fatalities nationwide, but, even in the absence of a deadly virus, some states have steadily developed a reputation as the deadliest places to be around for drivers during the holidays.

What Makes Holiday Driving So Dangerous

Holiday travel is dangerous because drivers are more likely to engage in reckless behavior like drunken driving, and the weather poses its risks too. Besides, the bulk of holiday-related fatal crashes occur at night (61% of driving fatalities over Thanksgiving and 64% of driving fatalities at Christmas), so the time of the day plays a critical role too.

However, the time of the day is not the only factor that caused those crashes. Limited visibility tied to bad weather along with slippery roads and impaired drivers is a deadly cocktail that causes so many fatalities every year.

Alcohol consumption sees a significant jump during the holidays for obvious reasons, and so do vehicle fatalities. Alcohol-related vehicle deaths jump 22% over Thanksgiving and 26% on Christmas Day.

The influx of drunk drivers means that public roads are less safe, so it doesn’t really matter if you’re driving cautiously or within the speed limit if another driver decides to ram into you. Over the Christmas holiday and Thanksgiving, alcohol-related accidents with fatal consequences see a 36% and 35% jump, respectively.

Bad weather also makes holiday driving dangerous. It is estimated that 32% and 44% of all holiday-related vehicle fatalities happen on Thanksgiving Day or at Christmas, respectively. According to the NHTSA, cloudy conditions are the most likely to cause deadly accidents. The next in line is mist or rain. Surprisingly, snow and fog do not cause as many fatal accidents as cloudy weather and rain do.

According to personal finance website ValuePinguin, the deadliest states to drive in during the holidays are Mississippi, South Dakota, Louisiana, New Mexico, and Alabama, in this exact order. For this top 5, researchers have sifted through travel and crash fatality data between 2014 and 2018.

South Dakota occupies the second position with 2.71 holiday-related vehicle fatalities per 100,000 residents. With just 884,000 residents, the Mount Rushmore State is the sixth least populous U.S state. Researchers believe that the high vehicle fatality rates may be tied to this state’s mountainous geography, which is behind poor weather conditions.

Louisiana and New Mexico took the third and fourth spots with 2.19 holiday-related vehicle fatalities per 100,000 residents each. Louisiana took the third spot because of its status of being a “judicial hellhole,” which means that drivers have a harder time getting compensation in the aftermath of a car accident.

What’s more, Interstate 10, which is notorious for the high number of fatal crashes on it, runs through New Orleans. New Mexico is one of the deadliest states for drivers over the holidays because of poor road conditions and freezing temperatures.

With 2.14 vehicle fatalities, Alabama secured the 5th position. The Cotton State borders both Louisiana and Mississippi, which explains why the three states’ drivers share the same driving culture around the holidays.

Bad weather, impaired driving, and adverse weather conditions turn a handful of states into real-world deathtraps for drivers during the holidays every year. According to the latest data, Mississippi is the most dangerous state to be in as a driver over the holidays, followed closely by South Dakota, Louisiana, and New Mexico.

So, if you happen to travel in one of these states, drink responsibly, choose the time of the day to travel carefully, and keep your eyes on the road. Other drivers may not be as cautious as you during the season to be jolly.