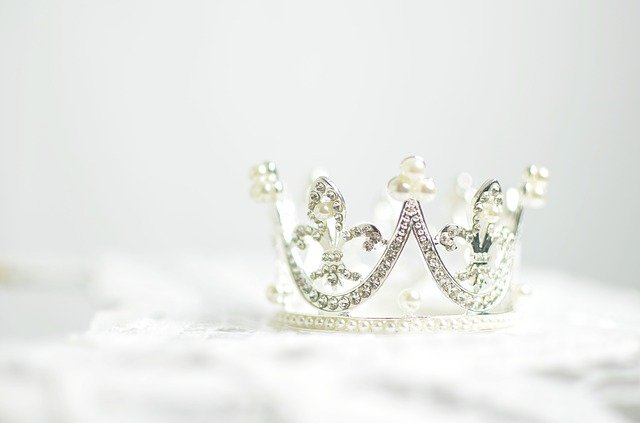 Queens are generally regarded as powerful but friendly, warm, and inviting. However, there have been some queens who have been truly terrible, violent, and utterly bloodthirsty. Even though some queens were practically monsters, they also made for influential rulers and were able to wield their powers with stability. There were even some others like Elizabeth I of England whose achievements overshadowed the bloody part of their reign.

Although there are not many brutal queens but those that stand out are shockingly repressive and you will get to learn about these today. This article focuses on the bloodiest female monarchs in history so get ready to be bewildered and amazed.

This empress held sway over China in 700CE and resulted from a dangerous mix of violence, treachery, and manipulation; she achieved the record of being the only woman to ever rule China in her own right and in her name as a full monarch.

She maintained her grip on power for an incredible period of well over half a century. She started by being the royal consort of the Gaozong ruler and then she later transitioned to hold even more concentrated power as the mother of the emperor. Eventually, she would emerge as the Empress of China.

For some obvious reasons, the historians do not look upon her with kind eyes. Apart from her gender, she also usurped the throne as she was not qualified by birthright to become a monarch. She has been accused of murdering her siblings and taking the lives of the emperor and even her mother. She is even accused of taking wickedness to another level by killing her daughter aged one week so she could shift the blame on any of the other wives of the emperor. The tales of horror do not seem to end when it comes to Empress Wu.

There are pointers to the fact that the murder accusations are valid. For a fact, she subjected her sons to merciless manipulation, preparing them for the throne so she could control them emperors without stress. Even though she was a terrible personality, she made a very competent ruler. Her policies were pragmatic, and she contributed remarkably to the success of the Tang dynasty.

Under her, the kingdom remained stable, economically prosperous, and very tranquil. She was also known for coming up with a system that promoted meritocracy for those who wanted to work as Chinese bureaucrats and this remained in place until the 20th century.

Isabella I of Castille

She is also referred to as the Catholic Queen, and she remains one of the most dominant characters of the late Middle Ages. She was married to the influential Ferdinand of Aragon. They formed a power couple that brought all of Spain under united control with their powers stretching over Aragon and Castille in 1479.

Her power’s influence became apparent as the two of them ruled as equals. She refused to be subordinate to anyone, even King Ferdinand. Her thirst for blood came to the fore, especially in 1478 when she and Ferdinand requested Pope Sixtus IV to create the Spanish Inquisition which commenced in 1480.

The Inquisition’s essence was to get rid of anyone opposing the religion or eradicate those who were not considered to be devoted enough to the Catholic faith. The Jews had to practice their faith underground, and those who just became Christians were especially vulnerable.

Thousands were put on trial and many ended up burnt to death and Isabella never batted an eyelid – she simply approved the executions and eventually expelled the remaining Jews from Spain in 1492. During this same period, the aggressive Queen was fighting another battle with the Muslims who ruled Spain. She also backed the exploitative missions of Christopher Columbus which brought nothing but destruction to the natives. Interestingly, she is seen by the Catholics as a firm and excellent ruler.

Mary I of England

She was the only child to survive for King Henry VIII and his first wife, Catherine of Aragon. But the divorce of her father meant a transition from a favored princess into an illegitimate child. She would assume the throne following the demise of Edward VI, her half-brother.

She remained Catholic and would later become named Bloody Mary because of her actions. She had Lady Jane Grey, a Protestant woman who was briefly the Queen, beheaded at 16. She reimposed Catholicism on the whole country and had many Protestants burnt at stake over heresy’s accusations while more died in jail or from torture.

Ranavalona I of Madagascar

She was also called the Mad Queen of Madagascar or Ranavalona the Cruel and assumed the throne in 1828. It is suspected she killed her husband by poison because after his demise, she moved straight to seize the palace and had other royal members, including the apparent heir, murdered.

She maintained her grip on the palace and would be crowned Queen on the 12th of June, 1829. She would engage in bitter fights against the colonial forces of Britain and France in Madagascar. She is known for displaying the heads of Europeans on pikes after victory in battle. She became increasingly more violent over time and would persecute all Christians, personally ordering the execution of many of them.

Elizabeth I of England

This list cannot be complete without mentioning the daughter of Henry VIII and Anne Boleyn. She is regarded as a good ruler but a very bloody queen. She unleashed terror on Catholics and banned their faith. Being a Catholic priest alone could cost your life under her reign, and she did execute those she deemed guilty.