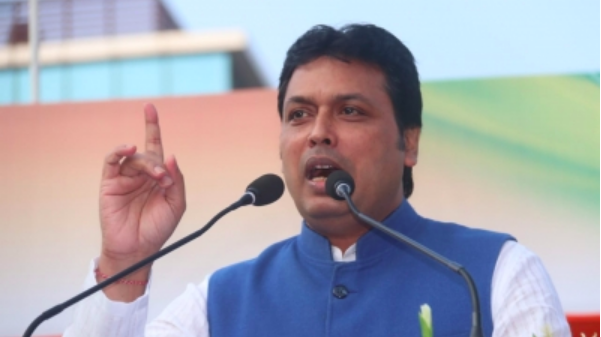 The BJP government in Tripura has helped the state’s farmers export two of their produce — pineapple and lemon — which are now known by the people both in India and abroad, Chief Minister Biplab Kumar Deb said here on Wednesday.

While addressing a gathering of farmers, the Chief Minister said that by exporting pineapple and lemon, the state and its farmers have been earning crores of rupees as the BJP government after coming to power in the state in March 2018 took steps to export the valued products abroad besides supplying them to other Indian states.

Deb said that under the PM-KISAN scheme, each of the 2.22 lakh farmers of Tripura received Rs 6,000 annually and so far Rs 229 crore came to the state.

The Pradhan Mantri KisanSamman Nidhi (PM-KISAN) Scheme was launched by Prime Minister Narendra Modi in February last year to provide income support to all landholder farmer families across the country with cultivable land. Under the scheme, Rs 6,000 per year is released in three monthly instalments of Rs 2,000 each directly into the bank accounts of the beneficiaries.

The Chief Minister said that immediately after the BJP government came to power in Tripura, it had started purchasing rice from the farmers’ doorsteps by providing the minimum support price (MSP) of Rs 1,750 per quintal.

The MSP has now increased to Rs 1,815 per quintal and the rate would be raised again soon.

“Our government removed the middleman system which existed earlier, badly affecting the interests of the farmers. So far, 48,716 MT of rice has been procured under the MSP, benefiting 27,735 farmers who collectively received Rs 86.65 crore,” the Chief Minister said.

Deb said that the previous CPI-M-led Left Front government had done politics with the farmers and deprived them of all segments of their life.

“When the BJP government takes a series of steps to increase the income of the farmers and augment the production of all crops in Tripura, the Left parties mislead the farmers and the people involved in the farm sector,” the Chief Minister said.