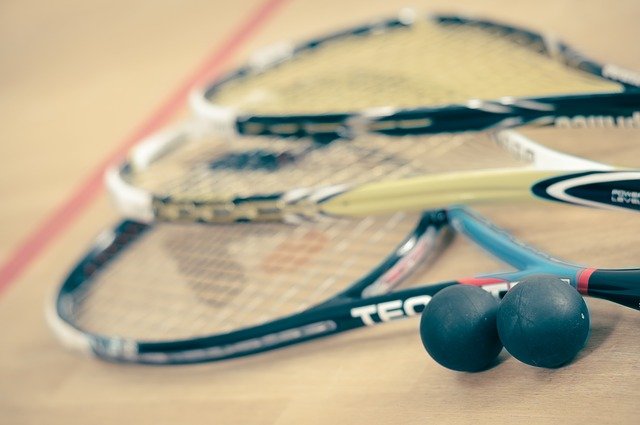 Most people I have come across do not really understand the game of squash or how it is played. However, for those who play indoor badminton, they’ve no doubt watched people use the same courts to play. Squash has a long and illustrative history, and it pre-dates racket ball by hundreds of years. It’s played globally and has been for 100s and 100s of years. Long ago, it was played using the palm, later rackets were used, and today – hoorah! – those rackets are made of some of the most high-tech stuff money can buy.

The sport is now played at breakneck speeds. Thus, it takes the skill, talent, agility, and an active mind just to properly track the ball, much less get to it on time, predict it’s next position, or block it from hitting you – damn. It’s a fast-moving game, no-doubt, and played to nine-points. Using the side walls is part of the game, but some rules must be followed to do this.

Two players take shifts to hit the ball onto the headwall. A point is granted each time a contestant wins a rally.

When is a ball out?

It’s not a sport for snowflakes, and injuries are prevalent amongst serious players. For those who love to compete and are in great shape, it’s a fun play. For those who are older and maybe far from their prime, well, they should not be playing with anyone skilled in the sport.

If you’d like to observe squash played full-tilt and the greatest rocket speed, it is an Olympic Approved sport, and the players are lethal accurate and fly across the field at incredible angles to return the ball to the headboard. This is one sport that is not dominated by the United States Olympic team. Although I must say in the last few years, they have very much been able to hold their own pretty impressively.