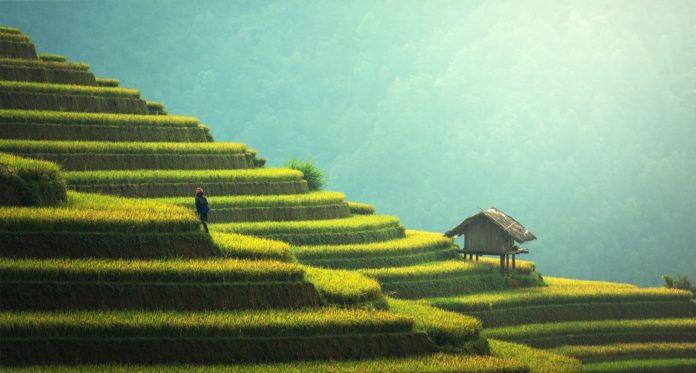 “The 0.47 per cent mortality rate (due to Covid-19) in Assam is lowest in the world. It is also exceptional that over 98 per cent people have returned to their homes after recoveries,” the visiting Home Minister said.

Union Home Minister Amit Shah on Saturday reviewed the law and order situation in Assam during his two-day visit to the state ahead of the Assembly elections scheduled next year.

Shah took the meeting after the launch of some development schemes for Assam earlier in the day, saying the state has embarked on a journey of peace and development.

Earlier in the day, Shah distributed financial grants to 8,000 Namghars (traditional Vaishnavite monasteries of Assam) under the Assam Darshan programme in Guwahati.

At the event, the Home Minister also laid foundation stones for the development of ‘Batadrava Than’ as cultural and tourist destinations, the New Medical College in Guwahati (the second medical college in the city) and nine law colleges to be set up across Assam.

The Prime Minister Narendra Modi-led Central government has a strong commitment to all round development and lasting peace in the northeastern region, Union Home Minister and senior BJP leader Amit Shah said on Saturday.

While addressing a public meeting at Amingaon Parade Ground in Guwahati, Shah said that the entire eastern India comprising Odisha, Bihar, West Bengal and the northeastern states have turned into a growth engine for India. “If the northeast region is not developed, India’s development would remain incomplete. Prime Minister Narendra Modi has visited all the states of the region 30 times so far and taken the developmental mission to new heights — be it rail, road or air connectivity or setting up various other infrastructure,” he added.

“There was a time when terrorists used to give arms into the hands of the youths in these states (northeast). Almost all armed groups have joined the mainstream and the youths have launched startups competing with other startups globally.”

Laying the foundation stones of multiple developmental projects in the state, the Home Minister said that the NDA government headed by Modi would make Assam a tourism hub and has undertaken a series of steps and projects to provide “Rozgar” (employment) to lakhs of Assam youths.

In a significant step ahead of next year’s Assam assembly polls, he gave financial grants to the tune of Rs 2.50 lakh to each of the 8,000 Namghars (traditional Vaishnavite monasteries of Assam) under the Assam Darshan Programme.

Referring to the contribution and significance of Assamese seer Srimanta Sankardev, Shah said that Assamese culture is Indian culture, the BJP government would take the philosophy of Srimanta Sankardev not only across the country but also abroad.

Srimanta Sankardev was a 15th-16th century Assamese saint, scholar, poet, playwright, social-religious reformer and a figure of importance in the cultural and religious history of the state.

Launching a developmental project costing Rs 188 crore for Batadrava, the birthplace of Sankardeva, the BJP leader said: “Despite ruling many years in Assam and at the Centre, the Congress didn’t do anything for the birthplace of Sankardeva whose contributions gave recognition to Assam’s history, drama writing, art and poetry. The BJP believes in strengthening the language, culture, arts of the state. The Batadrava Than would be developed into a vibrant cultural and tourism destination on the lines of the Golden Temple in Amritsar.”

Appreciating the performances of Assam Chief Minister Sarbananda Sonowal and Finance and Health Minister Himanta Biswa Sarma, Shah said that the Modi government has established long lasting peace in the Bodoland Territorial Region by signing a historic peace accord with the Bodo militants.

“Success of the BJP in the recent Bodoland Territorial Council (BTC) polls is a semi-final and the final match would take place in the assembly polls next year,” Shah added. “Despite representing Assam in Parliament, former Prime Minister Manmohan Singh did not resolve the long pending Rs 8,000 crore royalty issue of Assam. But Narendra Modi immediately after coming to power resolve the vital issue.”

Laying the foundation stones for nine law colleges across Assam, the Home Minister said that several medical colleges have already been set up in Assam and more would be established in the coming years. “Progress of Assam was disturbed by agitations. There was a period of movements. Many agitations were launched over different issues in which hundreds of youths were killed. The peace of Assam was disturbed and development was halted.”

Shah is on a three-day visit to Assam and Manipur and arrived in Guwahati on Friday night.

Assam Minister Sarma said that the Union Home Minister during a meeting with Chief Minister Sonowal would review the law and order situation in the state. The Chief Secretary and Director General of Police and senior officials would attend the meeting.

Meanwhile, sources said that some Congress leaders are expected to join the BJP during Shah’s visit.

Sarma said the Union Home Minister would lay the foundation stone of a new medical college in Guwahati (the second medical college in the city). According to Sarma, after attending the series of government and party programmes in Assam, Shah on Sunday would visit Manipur and before leaving Imphal he would lay the foundation stone of the Churachandpur Medical College and meet civil society leaders.

He said that Shah during his three-day visit to Assam and Manipur would also meet allies of the BJP in Assam including leaders of the Asom Gana Parishad (AGP), Gana Shakti and Rabha Jatiya Aikya Manch.