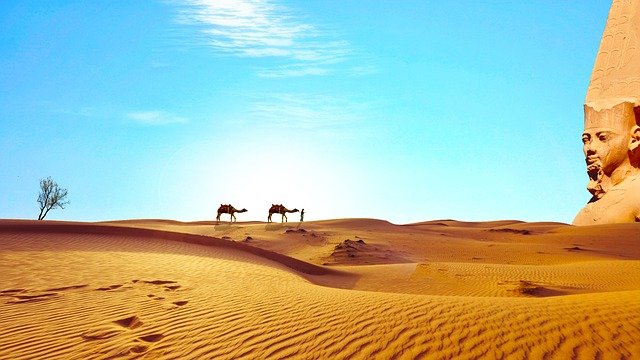 The New Kingdom period (from 1550BC to 1070BC) featured the Egyptian military of the pharaohs as one of the greatest fighting forces in the ancient world. It was able to maintain its gallantry on the battlefield due to the use of an array of weapons. In the early part of Egypt’s history, the kingdom made use of axes, bows, wooden-tipped spears, arrows, and stone maces in its several strings of combats against tribesmen from Libya and Nubia.

The ancient Egyptians also had to fight off the Hyskos invaded from Syria. They were so good they overran Egypt around 1650 with their more advanced weapons like their dependable composite bows and fast chariots. The Second Intermediate Period was a century of serious disgrace for the Egyptians, so they became proactive.

They carefully studied their invaders, which led them to develop a new set of very efficient and dangerous weapons. Pharaoh Ahmose I led the liberation and reuniting of Egypt and emerged the first pharaoh of the New Kingdom. It was a very prosperous time for Egypt, and it revamped its military arsenal, which immensely helped its expansion. The following are seven primary weapons that the Egyptian army used in its military domination: