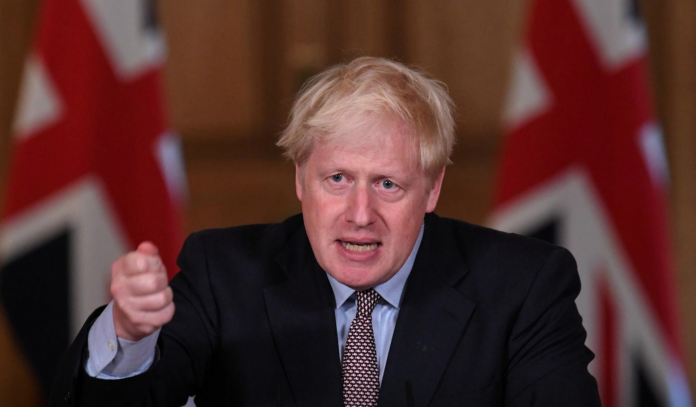 Addressing a Downing Street briefing on Thursday, the Prime Minister said: “If we ease off now, we risk losing control over this virus all over again, casting aside our hard-won gains and forcing us back into a new year national lockdown with all the damage that would mean.”

He said there was “no doubt the restrictions in all tiers are tough” but admitted previous tiers “were never quite enough”, reports the BBC.

Insisting that this was “not continuing the lockdown”, the Prime Minister further said: “Across all tiers, shops will be open, hairdressers, personal services will be open, gyms will be functioning, places of worship will be open for communal worship as well, so this is a very different thing.

“And I’m convinced that by April things genuinely will be much, much better.”

His remarks came ahead of England entering the toughest two levels of measures from December 2.

The system will be reviewed every two weeks, with the first review scheduled for December 16.

Under the new curbs, some 55 million people will remain banned from mixing with other households indoors after the second lockdown in England ends on December, the BBC reported.

More than a third of England’s population, including large parts of the Midlands, North East and North West, as well as Kent, will be in the highest level – tier three.

The new tier restrictions will be voted on by MPs next week.

On Thursday, the country reported 498 new Covid-19 deaths and an additional 17,555 positive cases.