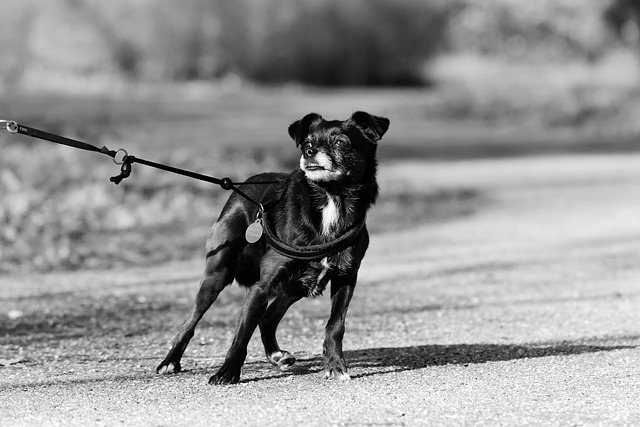 Today owners of larger breed dogs need to be informed of the many signs a dog can display if they are going to be aggressive. It may seem I am picking on the larger breeds, but it is only because if a large dog bites, it can do severe damage compared to the smaller breeds. You do not read many tales about a chihuahua attacking someone and killing him. Dog aggression problems are more severe with large breeds.

As accountable dog owners, we need to be aware of aggressive dog behavior that we can be dealing with. So today, we will look at the following three kinds:

Punishment aggression is the worst kind of dog aggression. This kind, we know what causes it, and that is the owner. A dominant and abusive owner, when punishing or correcting their dog can cause this aggressive dog behavior. The owners train their dogs by pointing, yelling and even hitting the dog. They will try to be the Alpha through threats and intimidation. Eventually, the dog will retaliate aggressively.

The Harsh punishment in training dogs risks aggression mainly because puppies trained using punishment-based approaches will have an enhanced risk of being afraid of hand movement as adults and have an increased risk of aggressive biting.

Lastly, let’s look at pain aggression. Although we should never make excuses for our dog’s poor behavior, I sympathize with the pup on this one. Dogs are a lot like humans when it comes to how much pain they can endure. Some dogs are sensitive in certain areas, which can cause a dog that requires a lot of grooming. Some dogs experience pain because of illness or injuries such as arthritis, hip dysplasia, skin problems, and even ear and eye issues. Since they cannot communicate with us verbally, they may bite or snap when touched. If this is the case, you should seek medical attention for your pet.

In other words, dogs try to protect themselves and communicate by responding aggressively when in pain to prevent targetre pain. Handle a dog in pain very cautiously, and doctors are the best option here.

Next, we have predatory aggression. As the name suggests, this kind can be associated with a dogs’ natural prey instinct. Remember, before the dog was domesticated thousands of years ago, it had to hunt for its food. This included tracking the prey, chasing the target, and eventually catching, killing, and consuming it. A dog that exhibits this kind of aggression will literally run after anything that moves. That could be a child running, a person jogging by, and playing in the yard, two people going by on a bike, the neighbors’ puppy, literally anything that moves. You may see the chasing as harmless enough, but how long before the chase intensifies to the rest of the prey instinct?

These are just kinds of types of aggressive dog behavior that your dog can show signs of. Unfortunately, the list goes on to include more, which you should be aware of as a responsible dog owner. With love, time, patience, knowledge, and safety, you can alleviate your dog’s aggression.