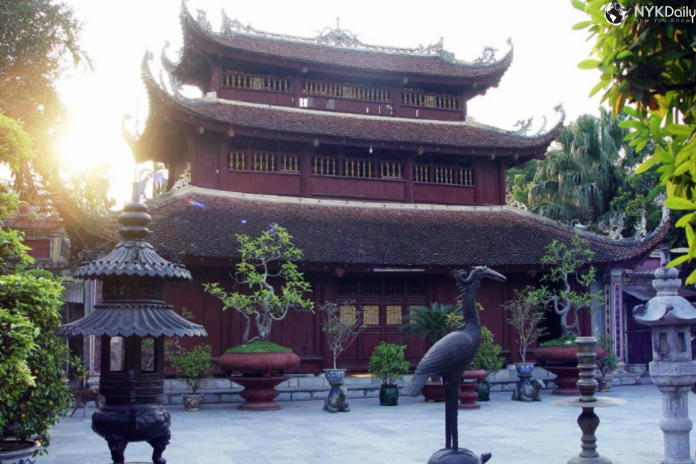 Haiphong is Vietnam’s third-largest town and a significant port near Hanoi.

Northern Vietnam’s most friendly city center has a beautiful, laid-back air with its tree-lined streets host to a bunch of elegant colonial-era buildings. Caffeine-aficionado bliss, the central area hums with majestic cafes where tables spill out onto the sidewalks – ideal for people watching.

How to reach Haiphong?

If trains are your thing, you can hop onto one of the several trains from Long Bien station in Hanoi and reach the city center’s Haiphong train station. If you like flying, Jetstar and Vietnam Airlines both serve Hai Phong from Cat Bi International Airport. A private car or taxi from Hanoi to Haiphong costs about USD 80 one way.

This small museum concentrates on the city’s history in a marvellous colonial building, with English translations on displays. The front hall’s taxidermy specimens are creepy, as always, but there are exciting finds from the Viet Khe Tombs and Trang Kenh archaeological sites and some gorgeous ceramic pieces. The museum’s garden harbors a distinct collection of war detritus.

With a facade decorated with white columns, Haiphong’s neoclassical Opera House dates from the early-1900s. It’s usually not permitted to explore the interior, but come in the evening, and you can see the locals who dress up and pose for pictures out front.

Queen of the Rosary Cathedral

Haiphong’s opulent Roman Catholic cathedral was built in the 19th century and restored in 2010. The construction’s grey towers are a local landmark, though the interior is relatively straightforward.

Things to do in Haiphong

What to eat in Haiphong?

Being a coastal town, Hai Phong is known for another thing – the yummy seafood!

Here is a list of four must-try dishes in Haiphong: