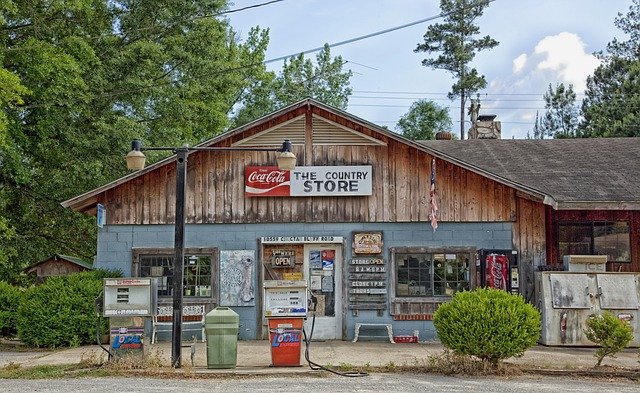 There are 50 states in the United States and Alabama is seen as one of the most alluring for visitors, adventure seekers, and tourists. It is located in the southern portion of the country and it is beloved for its ideal blend of fascinating activities, several sites, and first-class accommodations. Whether you are searching for the perfect holiday for yourself, an outing with your lover, or even a vacation for the whole family, Alabama is your beloved spot.

This American state has a very rich cultural and historical heritage. This is in addition to water parks, beaches, gardens, breweries, and theaters. Anyone interested in crisscrossing the charming state of Alabama will get the real thrill by checking out its string of majestic cities. Here is a comprehensive guide that will be of great help and assistance to you.

How to Travel Inside Alabama

It is relatively straightforward to move around Alabama because the Yellowhammer State is accessible in several ways. It is accessible by buses, cabs, trains, and planes.

Rail: There is an excellent connection of rail across Alabama, and this is via the Crescent Line of Amtrak. This line offers daily trips all over the state. There are 20 northbound and 19 southbound trains, so you are pretty sure of getting to your location anywhere in Alabama. The rail also links up with cities like Birmingham, Washington, Tuscaloosa, New Orleans, Anniston, and New York.

Air: For those who want to reach Alabama by air, there is the Shuttleworth International Airport in Birmingham for your service. It is the biggest in the state and connects to other principal American cities like New York, Mobile, Orlando, Nashville, Huntsville, New Orleans, Montgomery, and Memphis. There are also regional airports in addition to these, in places like Mobile, Huntsville, and Montgomery.

Road: Alabama is linked via five interstate highways and this is one of the most efficient ways to enjoy the beauty that is Alabama.

Bus: The Greyhound Lines are there for your comfortable bus transportation to various towns and cities all over Alabama. Many locals and visitors use this method for their interstate travels.

The winters in Alabama are mild, but Alabama’s best time will be during summer from June to August. You will be able to check out the beaches on the Gulf Coast. The weather from September to November is also an amazing one. During this time, you will be able to do a proper touring of the numerous cities of Alabama.

It is not advisable to travel during the spring, and this is because it is the tornado season so you might need to reschedule your visit. The Gulf of Mexico in the southern portion of the state is warmer, and you can visit even during the winters. However, you need to note that as you shift northwards towards the Appalachians, it will get a bit cooler, so it is nice you organize your visit to this area during the summer.

The Most Popular Places to Visit in Alabama

There are so many places for you to explore in Alabama, but here are the most popular of them all, and you can select based on your preferences:

Major Cities for Visit in Alabama

Here are the top cities in Alabama that must feature on your itinerary:

This was once known as the Paris of the South, and that is because of its soothing mix of charm, elegance, and hospitality. It is the cultural hub of the Gulf Coast and it is full of that authentic southern aura and fun. It is a coastal settlement that boasts of 300 years of brilliant history and unforgettable traditions. If you plan to enjoy the oldest Mardi Gras festival in the United States, then hurry to Mobile.

It should come as no surprise to anyone that the motto of New Orleans goes thus: Eat Drink and Make Merry. This is the global hub for jazz music, and it is a city with all the vintage buildings you can think of in an atmosphere of urban folklore and its endless music scenes and vibrant street festivals. New Orleans is like a mini America as it is a mix of American, African, and French cultures. You are going to see this as you taste the delicious Creole dishes at any of its countless restaurants.

The most prominent attraction in New Orleans is going to be the French Quarters. It is known as the crown jewel of the city. Whenever you are in this timeless city, you must take a jug of drinks at Bourbon Street, eat fine meals at very old eateries, stroll through the Bohemian streets and marvel at the incredible Jackson Square and go on a steamboat cruise.

If you love music, then you have to visit Nashville! It is not called the Music City of the United States for nothing. It is like music on steroids because wherever you turn, all you experience is music. There are so many sites in Nashville specifically dedicated to music. These include the Cheekwood Botanical Garden and the Museum of Art, and the Parthenon in Centennial Park. Then, there is the Johnny Cash Museum – the most famous site in the city. Food lovers will be amazed by the sheer number and quality of the steakhouses.

A visit to Alabama remains incomplete without Montgomery, and this city is known for being the heart of the legendary Civil Rights movement, which history lovers will find lovely. The compact town is also home to other historically relevant places like the Dexter Avenue Baptist Church, the black granite Civil Rights Memorial, and the house of the great icon Martin Luther King Jr.