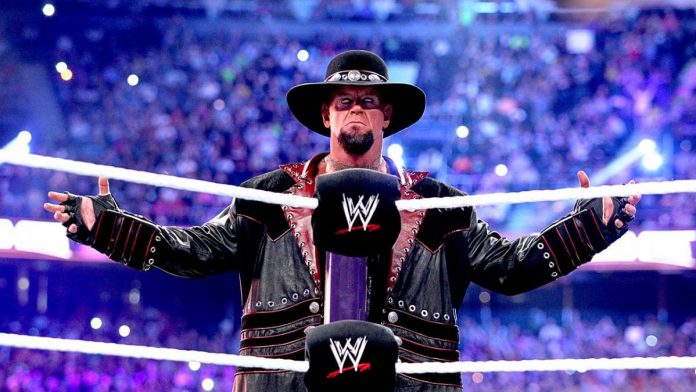 I started watching WWE in 2002 when I was 9. Around the same time, The Undertaker was an American Badass. Gradually he transformed into the Deadman yet again, and his journey was flawless.

This is my personal list of the top 10 most memorable matches of The Undertaker. We will start with number 10.

This match solidified Bret Hart as the best there is, the best there was, and the best there ever will be. It also showed how good Deadman could be if he is given an opportunity with the right opponent. The story going into the match was terrific. There was a video package about Undertaker vs. Bret with Bret confirming if he can’t win the Title at SummerSlam then he won’t fight in the ring again. HBK was added as the referee. Even though it was not a memorable in-ring action that could be considered the best match of an era, it really was one of the best angles WWE did in 1997, and it would lead to even greater things in the future involving HBK who will feature a lot more as you read ahead. As far as the match is considered, Bret was at the top of his heel turn and he cheated, and outsmarted the babyface Undertaker. Bret Hart won the match after Shawn tried to swing the chair at Bret, who ducked and the sickening chair shot absolutely destroyed the Deadman for three count.

9. The Undertaker vs. Batista – WrestleMania 23

One of the Undertaker’s best opponents before HBK/HHH’s introduction to Deadman’s yard was Batista. Their match at WrestleMania was a proof of that. This was the Undertaker’s first WrestleMania, where the Heavyweight Championship was on the line. I thought Batista could end the streak, but Undertaker was the one who ended the match by Tombstoning Batista and winning the gold.

Oh boy, this is tough to reproduce in the text form.

The Undertaker’s best match as American Badass was a Raw main event in 2002. The Deadman was the WWE champion and performed exceptionally well as a Heel. On the other hand, Jeff Hardy was a known high-flyer who had just parted ways from Matt Hardy during the brand extension.

It was a ladder match with Deadman’s Championship on the line, but no one really believed Jeff Hardy would last for more than four minutes. However, the Charismatic Enigma proved why he belongs to the main-event scene and came close to winning the gold on multiple occasions. He showed incredible effort but fell short of winning the belt. WWE Hall of Famer Jim Ross added the flavor in the match with his ‘make yourself famous, kid’ appeal when the fight started.

The Undertaker won the match and turned face by endorsing Jeff Hardy after the match.

7. The Undertaker vs. Triple H – WrestleMania 27

Great match. I have massive respect for Deadman and Triple H. They sweated their life out to put on a great fight here. The spots were timed well, they were done in the perfect sequence, and their chemistry was perfect. When Undertaker clutched Triple H by the throat but couldn’t summon enough strength to stand, then Triple H tombstoned him, I thought the streak was over. However, Deadman surprised us by winning the fight, although barely, leading to a rematch that surprisingly took a whole different turn.

I think what’s most striking about the fight to me was it never felt dragged, and the only bad thing about this match to me was it was not a Wrestlemania Main Event. It was over twenty-five full minutes of ridiculous storytelling and fantastic wrestling. Especially, Kurt Angle was on fire in this match. He displayed his technical knowledge and command of ring psychology correctly. The counters were dramatic yet logical, the near-falls were unbelievable, and the dueling stories were WOW. Deadman did a fantastic job acting like the beast that Angle had to overcome. The match ended with Undertaker in a pinning position after Kurt’s Jackknife rollover. Kurt won the match.

That was my second-favorite Hell in a Cell match full of weapons and a lot of violence. I loved the fight because you would think Undertaker would be on the aggressive right from the beginning, but it turned out that Edge controlled much of the early part of the match. In the build-up to the fight, Edge became much more dynamic and even hysterical at different points. That set the tone for the show.

The Deadman took all the offence from Rated-R superstar, Edge came close to overcoming the darkness, and then Taker came back faster than a speed of light. The Undertaker won the match, ending the second-best rivalry of 2008 (after Shawn Michaels Vs. Chris Jericho).

The match is well-remembered for Vince McMahon’s famous call: ‘THAT’S GOTTA BE… THAT’S GOTTA BE KANE! THAT’S GOTTA BE KANE!’ KANE HAS COME TO THE WWE!” However, the fight before Kane’s memorable debut was nothing short of spectacular. It was the first Hell in a Cell match, and my god, they delivered. They made the most out of the new atmosphere they were locked in. It was a sight to behold, from using the concrete cell as a deadly weapon to HBK flying off the side. Watching this left crowd on the edge of their seats because they had no idea what would happen. And when both warriors climbed the cell, things got even madder.

Would they fall through the cage? Would the fight end up there on top of the steel structure? Who would be the first to be thrown off of it, and how would they land? Those prospects made this such an impressive, tense fight that left you waiting to see what would happen next. If you ask me, this still ranks as the best HIAC match in wrestling history, which is a valid proof of the bout considering it was the first one and there was no proper blueprint.

This was Shawn’s at his best, while Deadman plays the perfect foil as the right opposite of Shawn: a more massive, plotting monster with the power to defeat the more flexible and agile opponent. Due to Kane’s debut, Shawn won the match in 30 minutes, ending the rivalry, which restarted 12 years later.

HHH Vs. The Undertaker with HBK as a special referee- it was indeed an end of an era. An excellent match, with brilliant nearfalls. These two GOATs in their 40s gave us a perfect wrestling match that I will always remember. It was a storyline that was flawlessly performed. The end of the match was one of the most memorable few minutes inside the wrestling ring. HHH was on his knees, barely able to stand; the Deadman picked him, hit the Tombstone, and the match in 30:50.

After the match, Shawn and Phenom helped triple-H up. They hugged. They walked the ramp together. They stood on the stage for some time and stared back at the crowd. That image still gives me goosebumps.

2. The Undertaker vs. HBK, WrestleMania 26

To be honest, I wanted Shawn Michaels to win because Deadman and HBK at WrestleMania 26 had more on the line. It was the Streak vs. Career match.

They pulled out all the stops and told a brilliant story. These are two of the best in the world on the biggest stage conveying the goods like only they know-how. I loved it. Their chemistry was remarkable. In the ending minutes of the match, Deadman told Shawn to stay down, but HBK got back up, crawling slowly. He gave the cutthroat signal to Deadman and then slapped him! A jumping Tombstone by Deadman. That’s enough for the win at 24 minutes. HBK’s career ends.

Post-match, after the Phenom posed, he picked Shawn up. They shook hands and hugged. The evening’s final shot was Shawn in the ring, getting the standing ovation he deserves for being the best wrestler ever. I cried like a baby watching HBK leaving the building.

Wow, what a match it was. The best wrestling match I’ve ever seen in my life. I have no words. Jim Ross said it best after the match ended: “As a pro-wrestling fan, how can you ask for anything more?” HBK has made a living out of being a showstopper and stealing the show at the Grandest Stage of them all. The Deadman has been unbeatable at the granddaddy WrestleMania. So when the two clashed at the “Super Bowl” of pro-wrestling, you knew it was going to be epic.

The build up for the match had Shawn saying all he had left to do is end the Deadman’s streak, and Phenom admitted HBK was the best in-ring performer ever but couldn’t finish it. I never thought Shawn would end the streak, but those classy nearfalls were as convincing as any Undertaker match I’ve ever seen in my life. Even when Undertaker went for covers and didn’t get them, his facial expressions were unforgettable. Shawn took everything Deadman had, yet he kept on fighting before losing the match to a Tombstone Piledriver.

So, the matches above are my favorite Undertaker matches. Which is yours?