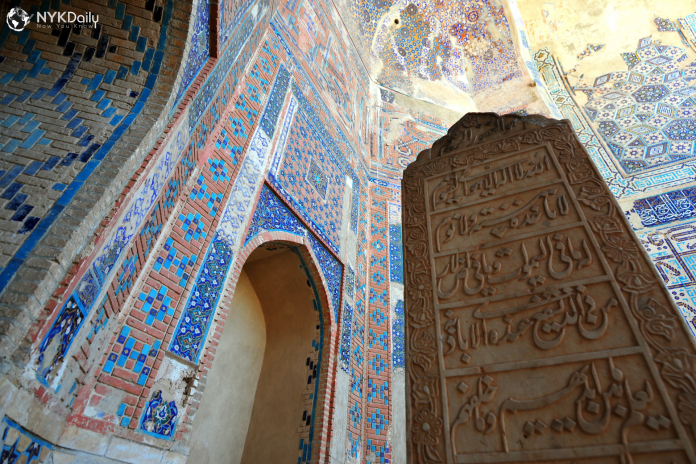 The modern era of Afghanistan is believed to have commenced in 1504 when Babur, founder of the Mughal Empire invaded Kabul (now the capital of modern Afghanistan) and started his expansionist moves. Babur would use Kabul as his military base while he directed his attention to the Indian subcontinent.

By the 16th to the 17th centuries, Afghanistan was already split into three central regions. There was the Khanate of Bukhara and the west ruled by the Shia Safavids from Iran to the eastern part controlled by Muslim Mughals from northern India.

By the early 18th century, it was the time of the Hotaki dynasty. It all started when the Safavid ruler Husayn appointed Gurgin Khan to control the east’s areas in the Greater Kandahar region. He ruled the local Afghans will maximum ruthlessness. He threw those he suspected of leading rebellions into prison.

Things changed dramatically in 1709 when there was another revolt and in the skirmishes, Gurgin Khan was murdered. The Afghan forces that led the revolt fought gallantly, but massive Persian forces were defeated later on. Following this clash, the country’s southern portion was turned into an independent local native Pashtun kingdom.

The next phase in the chapter of this troubled country came with the invasion of the Afsharid Persian forces and the establishment of the Durrani Empire, which covered all of Afghanistan and other places like Pakistan and other areas.

Then there came the Barakzai dynasty and the influence of the British forces in the 19th century. At this time, the massive Russian and British Empires engaged in what is now known as the Great Game as they both competed for influence, power, and control in the region. This inevitably led to the confrontation between the two sides and from 1839 to 1842, there was the First Anglo-Afghan War, which led to the wiping out of a segment of the British Army. This marked one of the proudest moments in Afghanistan history.

Then from 1878 to 1880, the Second Anglo-Afghan War triggered when Amir Shir Ali turned down a British mission that had come to Kabul. This conflict led to Amir Abdur Rahman (better known as Iron Amir) becoming the emir. Under Amir Abdur Rahman, the Russians and British worked together to create the boundaries of what is now modern-day Afghanistan.

Habibullah Khan became the emir in 1901, and during World War I, he maintained neutrality for the country. This policy that he had was not very popular, which led to his assassination in 1919. It is believed that his assassination was coordinated by members of his family who were not happy with Britain’s influence.

Amanullah was the third son, and he was able to regain control of Afghanistan’s foreign policy by starting the Third Anglo-Afghan War when he opened up an attack on India in 1919. The conflict drained much of Britain regarding foreign affairs that it just decided to hand over everything with the Treaty of Rawalpindi in the middle of 1919. Because of this, the people of Afghanistan still celebrate August 19 as their Day of Independence because of its significance.

Afghanistan in Contemporary Times (1973 and Beyond)

Afghanistan became a republic, and that ushered in the end of the monarchy. It was Prime Minister Mohammad Sardar Daoud Khan, who abolished the monarchy, abrogated the constitution, and made a declaration of Afghanistan as a republic. Khan did not stop there; he also declared himself to be the first Prime Minister and President of the new Republic of Afghanistan. He tried to reform the economy and the society but he did not succeed with it.

In 1978, another phase in Afghanistan’s history came up when Amin Taha, Babrak Karmal, and Nur Mohammad Taraki overthrew the government of Mohammad Sardar Daoud Khan. He was assassinated with his family members in a violent military coup, which was branded the Saur Revolution. Hafizullah Amin became the Prime Minister in March 1979 and took the position of Field Marshal. His government embarked on extensive reforms using a Marxist-Leninist agenda.

1979, the United States and the Soviet Union

Chaos continued in Afghanistan until a Soviet Union intervention on December 27, 1979. The Red Army led an invasive force, and it was a massive mission in which more than 100,000 Soviet soldiers were involved. Hafizullah Amin was lost his life in the skirmish and Babrak Karmal swiftly replaced him.

The Soviet Union was set on expanding its influence in the area, and the United States government under President Jimmy Carter and Ronald Reagan decided to join. America started sending weapons to the Mujahideen (Later, the Taliban) and spent billions of dollars in the process. Yes, Americans were the reason for the creation of the Taliban. Over time, Afghanistan became a battleground between proxies of the Soviet Union and the United States.

The chaos continued until the country was engulfed in a round of civil war. There were also external factors that influenced the civil war, and one of the most prominent of these was Pakistan. The Inter-Services Intelligence (ISI) led by Hamid Gul was interested in expanding Islamist influence all over the region. The Taliban commenced Kabul’s shelling in early 1995, and there was another round of civil war that continued until 2001.

War in Afghanistan: 2001 to Present

2001 remains one of the most historical years for Afghanistan with the assassination of Ahmad Shah Massoud. A couple of days after his assassination was the September 11 attacks. The attack against the United States was carried out by the Al Qaeda terror group, which was based in Afghanistan. The United States President George Bush accused Osama bin Laden of being the main mastermind behind the terror attacks. This led to Operation Enduring Freedom after the Taliban refused to hand over bin Laden.

The war on terror in Afghanistan is still ongoing, but a lot has changed. The country has made tremendous progress in rebuilding itself and also working towards having a stable democratic system. Afghanistan is a country that has come a long way, and after strings of conflicts, it is set to take on the future with boldness, determination, and courage.