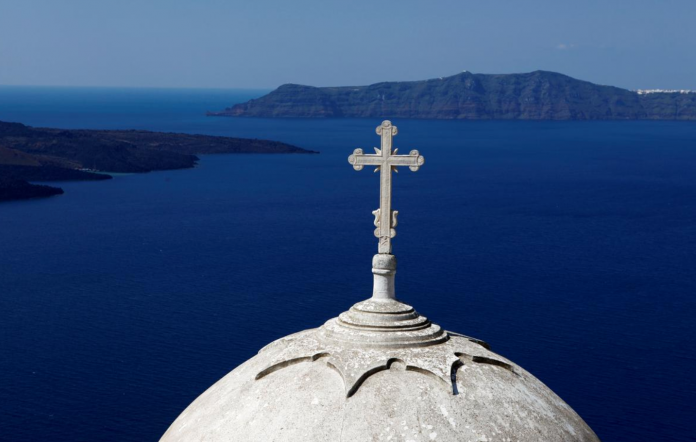 During these trying times, many people have found solace in their faith. While physical worship services may be limited due to the spread of the coronavirus, some still flock to church buildings to appreciate the beautiful architecture and fellowship with other believers.

If you currently live in California or are planning a trip, keep reading for six of the most beautiful churches in California that you can visit.

The Wayfarers Chapel is located in Rancho Palos Verdes, California, and was founded in 1951. It has a natural modern architectural style and sits serenely on the shores of the Pacific Ocean.

This church is surrounded by beautiful redwood trees that provide shade amidst the glass lit walls and ceiling of the chapel. It is dedicated to Emanuel Swedenborg, an 18th-century theologian.

Saint Andrew’s Catholic Church is located in Pasadena California. It was established in 1886 and is one of the oldest catholic parishes in southern California. The church’s architectural style is heavily influenced by the Byzantine era.

The bell tower of Saint Andrew’s Catholic Church is considered a landmark.

You can find Saint Michael’s Episcopal Church in Anaheim, California. It was built in 1876 and has a simplistic Gothic Revival architectural style.

In 2004 the church was added to the National Register of Historic Places.

Upon first passing, you might mistake this church for a Disneyland castle. The church officially opened in April of 1993 and has a modern two-tower architectural construction.

Ironically located at 666 Filbert Street in San Francisco, California, this catholic cathedral has been referred to over the years as the “Italian Cathedral of the West”.

Its architectural style is Romanesque Revival. If the twin spirals look familiar to you, you’ve probably seen them in movies such as Sister Act 2.

This is another church in which the Gothic Revival architectural style is used. The church was established in 1867 and houses the oldest protestant congregation in Los Angeles.

The world’s second-largest church organ can be found within the walls of this beautiful church building.

Is Elaborate Architecture a Must?

Although these churches are known for their outer and inner beauty, you don’t need to travel around the world to worship.

There are many wonderful churches like this church that may not be as physically aesthetic, but they do offer more than one location.

These are just six of the more beautiful churches in California, but they do not even begin to count for the many others that were not mentioned.