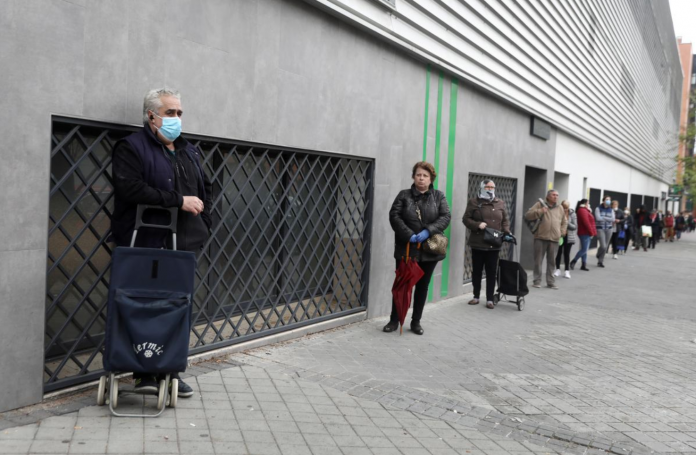 (IANS) A new research adds to the growing body of evidence that social distancing introduced in response to Covid-19 is increasing feelings of loneliness in the older population and impacts their well-being.

The study found that increasing loneliness due to social distancing was associated with a smaller social network, lower perceived social support and a decrease in well-being.

Previous studies have demonstrated the negative impacts of social isolation and loneliness.

“Our study which involved a survey of more than 1,400 older people examined the impact of social distancing during the pandemic on social activity, loneliness and wellbeing,” said a study author Anna Whittaker, University of Stirling, UK.

The study found that a larger social network and better perceived social support seem to be protective against loneliness and poor health and well-being due to social distancing.

Of the 1,429 survey participants, 84 per cent were 60 years or above and had an average social network of five people. On an average, the participants socialised five days per week for more than 6.6 hours per week.

Fifty-six per cent reported that social distancing regulations made them experience more loneliness.

Greater loneliness was significantly associated with a smaller social network, lower perceived social support, and a decrease in social support frequency, quality, and amount – and a worsening of wellbeing and health.

According to the study, 40 per cent of people said they were walking less, compared to before lockdown, and a similar proportion were engaging in less moderate physical activity.

Those who reported engaging in lower physical activity had poorer wellbeing.

“Physical activity engagement during lockdown varied and this study indicates a positive link with wellbeing – supporting the notion that physical activity should be considered an important contributor in recovery strategies targeted for old people,” the authors noted.