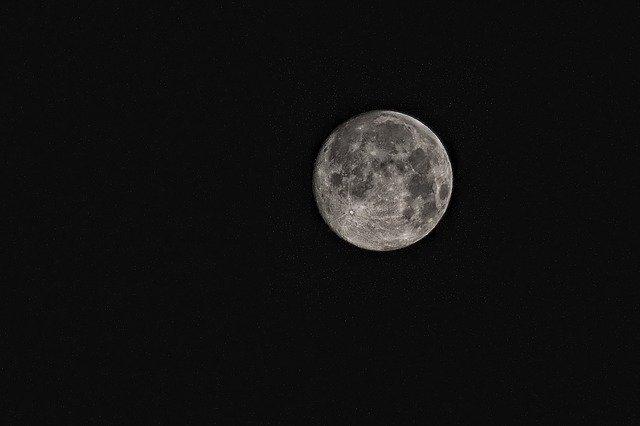 We look back in time every time we look up at the Moon at night as this celestial body is one that has held significant meanings for various societies over time. From time immemorial, the Moon has been seen as a reflection of the people’s beliefs, traditions, and even spirituality.

People had seen the Moon as a planet, a god, a calendar, a deity, and even as a timekeeper over the centuries. Various communities have their own social, cultural, and even religious interpretations of the Moon. Some cultures looked at the Moon as the opposite of the sun and that it balanced the cosmic energy. While some considered the sun to be the embodiment of masculine power, others considered the Moon to be the female version. Here is how different civilizations related to the Moon:

Several deities of ancient Greece were closely linked with the Moon. These include Artemis, which the Greeks venerated as the hunter goddess of fertility, childbirth, midwifery, and even security and protection. Then there was Diana, the Roman huntress deity that offered protection for animals and women. Diana was also seen as the embodiment of female independence and authority. The belief then was that these deities wielded their immense spiritual powers in association with the Moon. To venerate, the Moon was to worship these deities and vice versa.

The Moon was one of the most important figures of spiritual significance in ancient Egypt. The Moon was so worshipped that it had its god, named Thoth. Thoth is one of the very few male deities that are linked directly to the Moon. It also stands for magic, esoteric knowledge, and wisdom. There were several festivals in place for Thoth organized by its followers. There were also some other male moon deities in ancient Egypt, like Khonsu and Ibis.

The Ainu or the Aynu or Ezo people of Japan venerated the Moon, and featured the Moon a lot in their mythologies. One of the most prominent moon goods in the Ainu tradition is Kunnechup Kamui. There is also the moon god Tsukuyomi venerated in the Shinto religion.

The Moon is seen in several facets of Chinese mythology right from the most ancient eras. There are many deities linked to the Moon by the Chinese. These include Jie Lin, which is the deity that transports the Moon across the sky at night and then there is Chang Xi, who is seen as the matron goddess who gave birth to the 12 moons that are tantamount to the twelve months of the year.

Chang’e or Henge’s is the Chinese goddess of the Moon that is believed to live forever on the Moon. Then there is Wu Gang, another immortal deity that leads an eternal life on the Moon. They also have Tu’er Ye, seen as the Rabbit god that has made the Moon to be its home.

The Moon has a significant role in Hinduism, which is embodied by the lunar deity named Chandra. It is also considered as one of the Navagraha (nine planets) in the faith. Chandra, who is also called Soma, has Rohini as his chief consort. He is often depicted as riding his celestial chariot across the heavens.

Korean mythology features several gods and goddesses and one of the most prominent of these is the lunar goddess Myeongwol.

The civilizations in Bali and Java in Indonesia also established the Moon in their faiths, which is reflected in the local religion. Goddesses Silewe Nazarate and Ratih are moon deities. Ratih is a Hindu lunar goddess with worshippers in Bali and Indonesia. She is seen as a symbol of beauty, elegance, and grace. It is also said that she can trigger lunar eclipses.

There are so many moon deities in ancient Filipino faiths. These include Bulan, Kabigat, Mayari, Delan, Dalagang Nasa Buwan, Libulan, Haliya, Bulon La Mogoaw, and many others. Each of these lunar characters dominated the sphere of Filipino religious mythologies.

Aztec civilizations heavily featured the Moon as a very significant part of the beliefs. Some of the most revered deities in the Aztec world are all lunar deities. These include goddesses Metztli and Coyolxauhqui and the god Tecciztecatl. Metztli, for example, is the Moon, farmers, and the night’s deity and was seen as an opposite force of the sun. Aztec myths promoted and appreciated Tecciztecatl as a powerful male lunar deity.

The Incas dedicated specific deities for the worship of the Moon. These include the god Coniraya and goddesses like Ka-Ata-Killa and Mama Killa. Mama Killa is seen as the goddess of the Moon and marriage and was worshipped as one of the most powerful.

The Mayans believed that the Moon was a female and directly influences the female body and was also associated with sexual virility or fertility. In Mayan mythology, the main lunar goddess is Awilix, which was worshipped as not just a moon goddess but also the deity for the night. It was one of the most revered deities among the Mayans.

The Moon occupies a very central part of Islam. One of the five pillars of Islam is fasting, and this is based on the 12 lunar months. The Moon is tracked before fasting can commence in the month of Ramadan. There is an entire chapter in the Quran that is dedicated to and named after the Moon. The idea that Allah’s name is linked to the moon goddess Al-Lat (which was worshipped greatly in pre-Islamic Arabia) has been in place for a while. But apart from this, the crescent moon has long been a dominant figure in Islam. The flag of many Muslim countries features the Moon, and Turkey is an excellent example of this. The minarets of mosques in Islam also have the crescent moon on them; all these show the importance of the Moon in Islam.