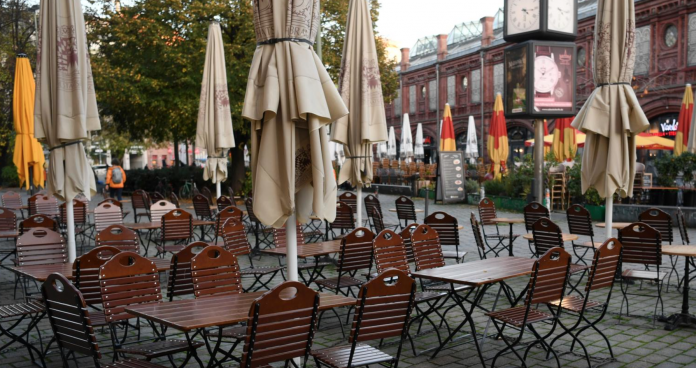 The risk of recession in Germany this winter has increased but remains relatively low, according to a monthly index published by the Macroeconomic Policy Institute (IMK), after new lockdown measures were imposed to curb the spread of coronavirus.

Germany has shut restaurants, bars and gyms, but schools and shops remain open during this second wave of the pandemic in a much lighter lockdown than that seen in the spring.

The risk of recession in Europe’s biggest economy during the November to January period rose to 17.7% from 12.6% in October, the data pre-released to Reuters showed.

The IMK index, which measures the risk of a recession over a three-month period, factored in weak economic data such as falling foreign orders for industrial goods as well as weaker financial market indicators in the November reading.

Germany’s economy saw record growth of 8.2% in the July-September period following an unprecedented slump of 9.8% in the second quarter.

The new IMK data will be published officially on Monday.