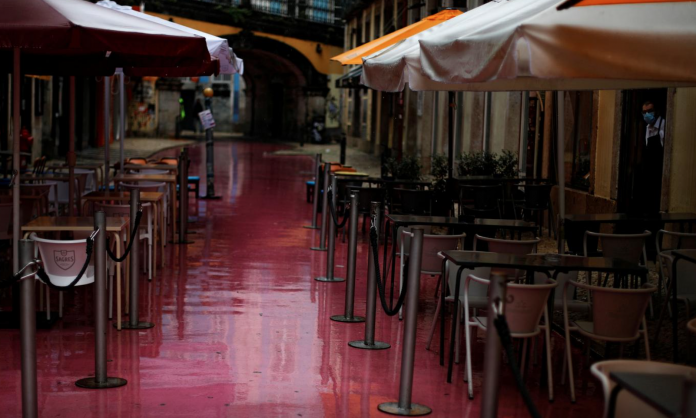 Portugal will impose localized night-time curfews from Monday to contain the coronavirus’s spread as the number of cases reached a record high, Prime Minister Antonio Costa announced in the early hours of Sunday.

“We cannot have the slightest doubt that everything must be done to contain the pandemic,” Costa told a news conference. “If we fail to do so, we must increasingly adopt more restrictive measures and compromise the month of December.”

From 11 p.m. to 5 a.m., the overnight curfew will come into force across 121 of the country’s 308 municipalities, including Lisbon and Porto, on Monday as the country enters a 15-day state of emergency. Night workers are exempted.

Costa also announced those in the 121 municipalities – home to about 70% of Portugal’s population – will not be able to leave their homes between 1 p.m. and 5 a.m. during the next two weekends – on both Saturday and Sunday.

Some commercial outlets will close during these times but restaurants will be allowed to provide takeaway services, Costa said, admitting the weekend measure will inevitably hit the sector hard.

The initial state of emergency, which under Portuguese law can be extended indefinitely in 15-day periods, was declared in March and lasted six weeks. It restricted the movement of people and led thousands of businesses to suspend activities.

With just over 10 million people, Portugal has recorded a comparatively low 173,540 cases and 2,848 deaths, but it reached 6,640 cases on Saturday, the highest daily figure since the pandemic started. Testing has also increased.

The healthcare system, which had the lowest number of critical care beds per 100,000 inhabitants in Europe before the pandemic, can accommodate 800 COVID-19 patients in ICUs.