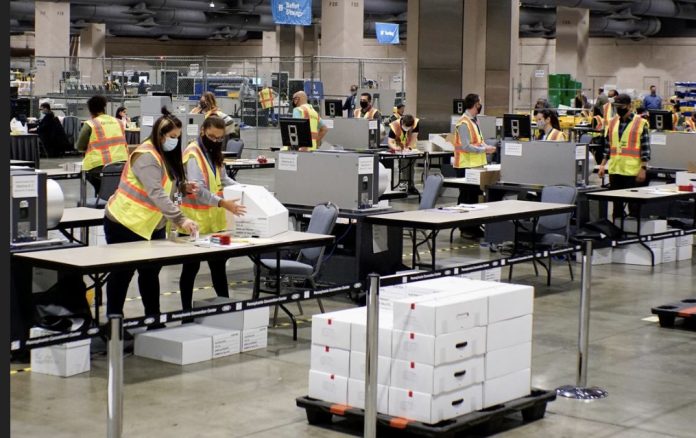 Philadelphia city officials said on Wednesday the city was still counting ballots in Tuesday’s presidential election and did not give a timeline on when they expect results.