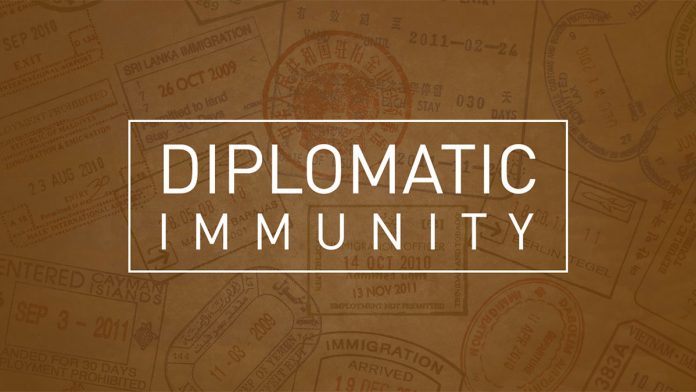 The parents of a 19-year-old Briton killed in a road accident in 2019 lost their court battle with the British government on Tuesday over whether the wife of U.S. official involved in the crash had diplomatic immunity from criminal prosecution.

Harry Dunn’s family have said Anne Sacoolas was driving on the wrong side of the road when she crashed with the teenager, who was riding a motor-bike, near an air force base in central England which is used by the U.S. military.

Sacoolas left Britain shortly after the accident. Her lawyer has said that she will not return voluntarily to potentially face jail for “a terrible but unintentional accident”.

She was charged with causing death by dangerous driving in December but an extradition request was denied the following month.

Dunn’s parents Charlotte Charles and Tim Dunn challenged British Foreign Secretary Dominic Raab and the Chief Constable of Northamptonshire Police in London’s High Court over the determination that Sacoolas had diplomatic immunity at the time of his death.

They also alleged that the Foreign Office unlawfully confirmed or advised the relevant police force that Sacoolas had immunity from criminal jurisdiction.

The court ruled on Tuesday that Sacoolas did have immunity, that it had not been expressively waived, and also that any advice given was correct.

“They may have won round one but we have got many rounds to go and a lot of fight still in us,” Charles told Sky News, saying she would never give up and they had an appeal under way against the decision.

“We’ve also got (U.S. President-elect Joe) Biden coming into power, we can hope that him and his team will show us that the U.S. do have a better side to them.”

Raab said the verdict showed his department had acted lawfully throughout.

“I appreciate that won’t provide any solace to the family in their search for justice,” he said. “We stand with them, we’re clear that Anne Sacoolas needs to face justice in the UK, and we will support the family with their legal claim in the U.S.”