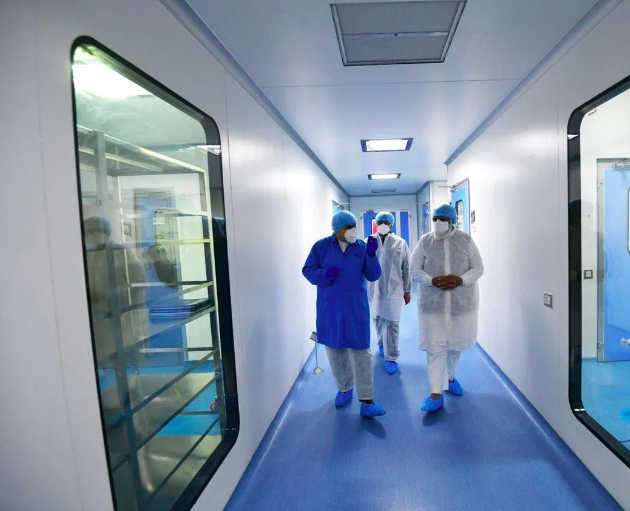 Prime Minister Narendra Modi’s visit to three vaccine centres on Saturday received praise from the opposition Congress, which said that it will lift the morale of the frontline warriors in the struggle against the Covid pandemic.

Congress’ deputy leader in Rajya Sabha, Anand Sharma, in a series of tweets, welcomed the Prime Minister’s visit to the Serum Institute, Bharat Biotech and Zydus Cadilla as “a recognition of Indian scientists and their work to produce the vaccine for Covid-19”.

The Prime Minister undertook a three city tour to conduct an extensive review of the vaccine development and manufacturing process, visiting the Zydus Biotech Park in Ahmedabad, Bharat Biotech in Hyderabad and the Serum Institute of India in Pune.

After his visit to three vaccine development centres, Prime Minister Narendra Modi is on Monday scheduled to speak to three other teams involved in developing a Covid-19 vaccine.

The PMO, in a tweet, said: “Tomorrow, on 30th November 2020, PM Narendra Modi will interact, via video conferencing, with three teams that are involved in developing a COVID-19 vaccine. The teams he will interact with are from Gennova Biopharma, Biological E and Dr Reddy’s.”

The first two are proceeding with developing their own vaccines, while Dr Reddy’s has tied up with Russia to conduct trials of its Sputnik vaccine.

The Prime Minister had visited three cities on Saturday to conduct an extensive review of the vaccine development and manufacturing process, going to the Zydus Biotech Park in Ahmedabad, the Bharat Biotech in Hyderabad and the Serum Institute of India in Pune.

Expressing pride in the fact that India’s indigenous vaccine development has progressed at such a rapid pace so far, he had stressed that India considers vaccines as not only vital to good health but also as a global good, and it is India’s duty to assist other countries, including the nations in the neighbourhood, in the collective fight against the virus.

Modi asked the scientists to express their free and frank opinion on how the country could further improve its regulatory process. The scientists also presented an overview of how they are also developing various new and repurposed drugs to better fight Covid-19.

After visiting Pune, the Prime Minister had tweeted, “Had a good interaction with the team at Serum Institute of India. They shared details about their progress so far on how they plan to further ramp up vaccine manufacturing. Also took a look at their manufacturing facility.”

The Covidshield vaccine is being developed jointly by the Oxford University, AstraZeneca and the SII, which is the world’s largest vaccine manufacturer.

Currently, the SII is producing around 50-60 million doses which would be scaled up to to 100 million by January 2021, SII CEO Adar Poonawalla told the media.

Prime Minister Narendra Modi on Monday held virtual meetings with three teams working on the development and manufacture of vaccines against Covid-19, and discussed the potential of various platforms for vaccine development.

The teams are from Gennova Biopharmaceuticals Ltd at Pune, and Biological E Ltd and Dr Reddy’s Laboratories Ltd at Hyderabad.

Their potential vaccines are in different stages of trials and detailed data and results are expected from early next year onwards, a Prime Minister’s Office (PMO) statement said on Monday.

“The potential of various platforms for vaccine development was also discussed,” the statement said.

The Prime Minister also asked the companies to come out with their suggestions and ideas regarding the regulatory processes and related matters.

He also suggested that they should make extra efforts to inform the general public in simple language about the vaccine and related matters such as its efficacy.

Matters relating to logistics, transport and cold chains in respect of delivery of the vaccines were also discussed.

The Prime Minister advised all departments concerned to engage with the manufacturers and seek to resolve matters so that the efforts by these companies bear fruit in order to serve the needs of the country and the entire world.

The Prime Minister praised the efforts made by scientists and researchers in these companies to come out with a vaccine solution to tackle the ongoing coronavirus pandemic, which so far has infected 94,31,692 people across the country, and led to deaths of 1,37,139 patients.