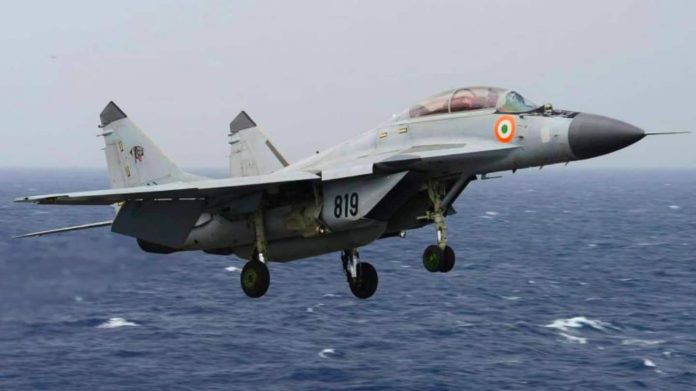 Nine warships, 14 aircraft as well as Indian Navy fast interceptor craft have been deployed to trace the missing pilot of a MiG-29K trainer aircraft which ditched mid-sea off Goa on November 26, the Indian Navy said on Sunday.

The Navy statement also said that some debris of the crashed fighter jet was recovered during the search process.

“The Indian Navy’s search and rescue effort to locate the second pilot of the MiG-29K trainer aircraft which ditched off Goa on Nov 26, continues with extensive deployment of naval ships and aircraft,” the statement said.

“Some debris of the aircraft including landing gear, turbo charger, fuel tank engine and wing engine cowling have been located,” it added.

“In addition to nine warships and 14 aircraft engaged in the search efforts, naval Fast Interceptor Craft are also deployed to search waters along the coast. Further, the marine and coastal police are on the lookout and nearby fishing villages have been sensitised,” the statement said.

Another pilot who was also onboard the ill-fated plane was rescued soon after the mishap, which occurred mid-sea. The MiG-29K aircraft was operating from on board aircraft carrier INS Vikramaditya, off Goa.