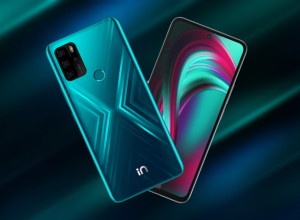 (IANS) Micromax on Monday revealed that pre-orders for the recently launched ‘IN note 1’ and ‘IN 1b’ smartphones will open from November 10 at 12 noon on Flipkart during the Big Diwali Sale.

Micromax In note 1 features a 6.67-inch full-HD+ display and a hole-punch design.

Under the hood, the phone has an octa-core MediaTek Helio G85 SoC, coupled with 4GB RAM and with up to 128GB of onboard storage that is expandable via microSD card.

The smartphone comes with a quad rear camera setup that houses a 48MP primary sensor, along with a 5MP secondary sensor. There are also two 2MP sensors for macro shots and depth sensing.

The camera setup is paired with a LED flash and is powered by artificial intelligence (AI) backed features, including night vision support.

For selfies, the device houses a 16MP camera sensor at the front, with a 78-degree wide-angle lens.

It packs a 5,000mAh battery that supports 18W fast charging and runs Android 10.

Micromax In 1b features a 6.52-inch HD+ display with a waterdrop-style notch.

The phone is powered by an octa-core MediaTek Helio G35 SoC, paired with 2GB and 4GB of RAM options.

There is a dual rear camera setup that includes 13MP primary camera sensor with an f/1.8 lens and a 2MP depth sensor, along with an LED flash.

The phone also comes with an 8MP selfie camera sensor at the front.

The phone comes with a 5,000mAh battery that supports reverse charging support.