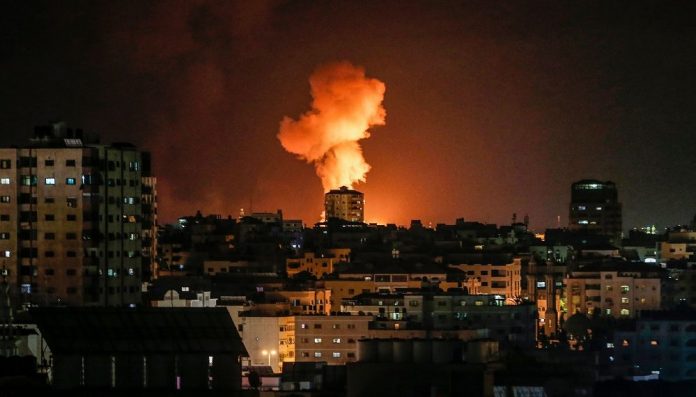 On Sunday, the Israeli army said it struck Hamas positions in Gaza in response to a rocket attack from the besieged enclave the previous night.

“Two rockets were fired from Gaza into Israel earlier tonight,” Xinhua news agency quoted the Israel Defense Forces (IDF) as saying in a tweet on Sunday.

“In response, our forces just struck Hamas underground infrastructure and military posts in Gaza,” it added.

Sirens were heard on Saturday night in coastal town Ashdod, the largest port in Israel located about 64 km north of the Gaza Strip, and central Kibbutz Palmachim, local media reported.

The IDF said that it “is conducting an ongoing situational assessment and remains prepared to operate against any terrorist activity.”

There were no immediate reports of any damage or casualties, and Israeli authorities said details are currently being investigated.

Gaza’s strike came days after the first anniversary of the killing of Palestinian Islamic Jihad terrorist Baha Abu al-Ata in Gaza on November 12, 2019.