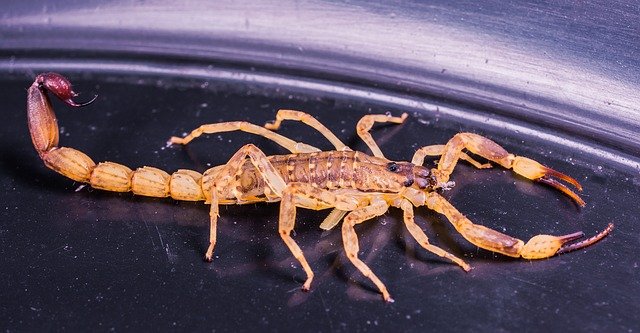 Venoms are feared for a good reason, and that is the fact of life. What is not apparent to many is that these same fatal toxins can also be extremely useful for saving lives. Yes, venoms can end a life in seconds, but science has also shown us the other side. Approximately 200,000 people die from snake bites every year, but innovative antivenom products will change that trend.

Scientists still have a long way to go in this regard, but they have certainly made remarkable progress. They have discovered that the same toxins in venoms can also be beneficial when it comes to the treatment of various medical conditions. It is a testament to this that there are already several venom-based medications used by medical professionals. Scientists have ranked the following species of animals as having venom that is most useful and advantageous to humanity.

Snake venom can be used to describe various toxins, even though they function differently in terms of the speed of the lethality. A significant fraction of snakes does the delivery of their poison using fangs in a mechanism that is like that of a syringe. The poison is injected via the tooth once the fang has entered the flesh and it flows straight into the bloodstream of the prey. The prey can be a small animal or even a human being.

A few other snakes like the Mozambique spitting cobra spit their venom rather than inject it via the fangs. There is a staggering diversity with the venoms so scientists are trying to milk as much benefit as possible with this as far therapeutic applications are concerned.

In the modern niche of drug development, snake venoms are used as the templates for manufacturing drugs used in the treatment of conditions like heart attack, cardiac failure, and high blood pressure. This is so impressive that the enzyme inhibitor derived from the Jararaca pit viper snake is said to have saved more lives of human beings than any other animal ever in recorded history.

This is not the most pleasant creature to most human beings, but scientists value it because of its venom. More than one million people fall victims to the ferocious stinger of scorpions, and thousands even die.

But scorpions are not all about pains and deaths because scorpion species like the deathstalker scorpion have venom that has proven to be very helpful with treating various malignancies. This scorpion has venom that is so potent that it has aided in diagnosing and treating cancers. This is possible because it contains a special kind of toxin called chlorotoxin.

These monsters on Komodo Island in Indonesia are beastly by all proportions, and while most people will rather avoid them, researchers are very much interested in them. The venom glands found in these dragons are not the same as the ones seen in serpents.

While snakes generally make use of a mechanism that works like a syringe, the Komodo dragons make use of an oozing technique when it comes to venom delivery. The venom is pressed out of several pouches situated in the dragon’s teeth once the jaw grips on the prey.

This venom then mingles with the blood of the prey, which stops it from clotting. This explains why the unfortunate prey will keep bleeding even after the attack. The toxins extracted from Komodo dragons have been useful in treating conditions like heart attacks, strokes, and pulmonary embolisms. The common factor with all these conditions is that they are all connected to the clotting of blood.

This is unique in the sense that mammals are not the usual reservoirs of venoms. The venom produced by this shrew is not potent enough to trigger a human being’s death, but it can lead to painful swellings.

This may not be the most well-known venomous animal out there, but it is not a stranger to the researchers. This is because its venom has been quite helpful in the cure of cancer. All these show how venoms are influencing medical advances and greater hope for the future.