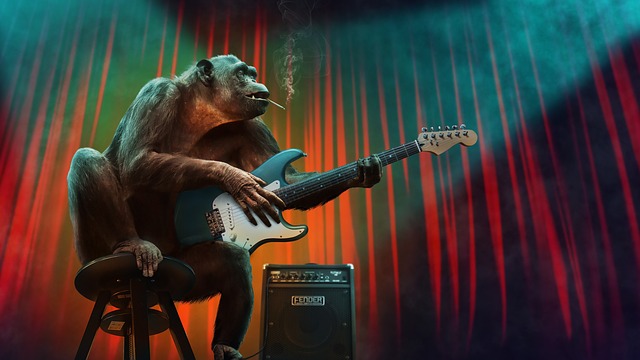 An electric guitar varies from a regular guitar in that it uses electric pickups to transform the sound into an electric current; this is later amplified, producing a clear, often melodic audio signal.

The convenient way involves joining the instrument via a 1/3 inch guitar jack to an audio interface or a stand-alone recording device and then using sequencing software.

The old fashioned way (yet still remarkably popular) connects the electric guitar to an amplifier and then captures the guitar amplifier’s output using a good-old microphone.

One of the basic things you should always do before recording the electric guitar is to make sure your device is in tune. This may seem like fairly obvious advice, but you would be surprised how often it is ignored. You could have the ultimate take of your guitar solo only to find out when you listen back to it that it’s out of tune. So Periodically check your tuning.

Hum and buzzing noises can be a pain when recording. Try to avoid them by making sure all transformers, amps, speakers and cables are not kept too close to each other as this is the number one cause of sound distortion.

Before recording starts, it’s vital to get the right tone required from the amplifier. Although the tone may vary slightly due to the position and kind of microphone used, having a stable base to work from will save on eq modifications later on. Just like guitars, every amp has its features, so if you’re looking for a specific type of sound, I would suggest Google search to find out what amplifiers were used during the recording of your preferred tracks.

When recording an electric guitar, it is advisable to use a dynamic microphone because it is built to maintain high volumes without causing distortion quickly. This does not exempt other microphones from viable options if the electric microphone is not within your reach.

The most accessible way to choose the most suitable microphone for your recording is to listen. When you slip on your engineer/producer hat, it becomes your responsibility to carefully hearken the output from a microphone and then determine which will give you the desired sound for the recording you want to accomplish. After selecting the right microphone, it’s then best to get the positioning right.

When it comes to microphone placement, there are three approaches to consider.