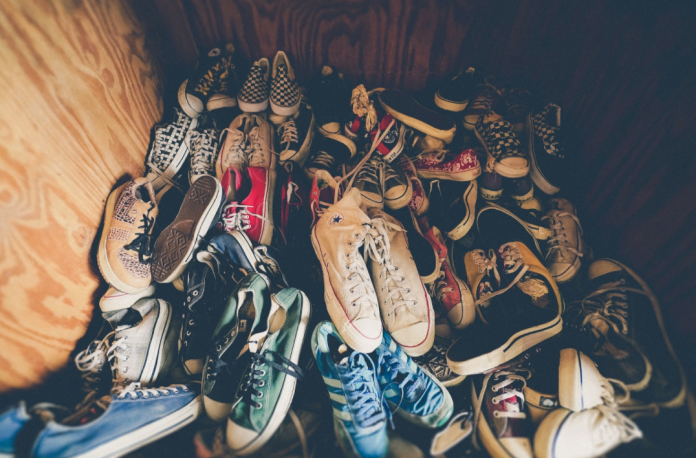 Shoe drives aren’t hard to organize. They are a great way to raise money for a charitable course. Did you know that a whopping 600 million shoes go to waste every year in the US alone? Instead of leaving these shoes to go to the landfill, why not plan a shoe drive.

The upside to organizing a shoe drive is that it not only gets you funds, but also saves the environment. When shoes begin to decompose, they release toxins as chemicals, which harm Mother Nature.

Moreover, some shoes can take a lifetime to disintegrate. The planet doesn’t need this. With a successful shoe drive, an organization can collect all shoes within a community. But just how much money can a shoe drive make?

How a Shoe Drive Pricing Works

Basically, most people buy the shoes in measurements of pounds. A pair of shoes is roughly one pound. The price may also vary based on the number of shoes that an entity picks. The distance from the collection hub may also affect the price, as transportation costs come in.

Different organizations and companies can collect distinctively during a shoe drive. For instance, if it’s a high school with about 1,500 students, it shouldn’t be hard to collect 6,000lbs. It may take about four weeks to do this or less. 6,000lbs is just a mere estimate, as you can collect much more with a well dedicated campaign.

Collecting as much as 40,000lbs of shoes is possible in a successful shoe drive. This can result in a profit of about $16,000 depending on the buyers of the shoes. The basic rule of thumb here is that the more shoes you collect, the more money you make.

Tips for an Effective Shoe Drive

So, now that you know how much you can make from a shoe drive, these tips can help you hold a successful one:

Leverage the Power of Social Media

Social media has made life a lot easier for millions of people around the world. Today, interactions take place online more than offline. Take advantage of this to promote your shoe drive.

With social media, you can go beyond your local community in search of supporters. Many other people online are ready to support a cause if they can. You’ll be shocked at how successful the drive becomes after using social media sites.

You can easily meet diverse groups on Facebook, Twitter, and Instagram. Some of whom don’t even know your organization yet. By displaying an incredible message, you’re more likely to touch someone’s heart and push them into contributing.

When you start using social media, be consistent with the posts, as this is what gets people attracted to your handles.

Use Pictures and Videos More Often in the Shoe Drive

People need to feel the need to donate. So, how are you going to make them feel this need? By showcasing convincing videos and pictures. You can even go as much as sharing the success stories from the previous campaigns you’ve had. This will serve as proof of the shoe drive initiative.

To show that the campaign is active, you can display videos and pictures of people delivering bags of shoes. This encourages families and individuals to take part in the campaign and donate whatever they’ve got.

Depending on the duration of your campaign, you can come up with daily, weekly, or monthly goals. Breaking down the campaign into smaller goals makes it easier to complete successfully. Besides, it gives you an estimate of how much you can get by the end of the shoe drive.

Failure to have goals is the number one reason many drives fail to work. For instance, you can say that your organization will collect 25 bags per week. Therefore, if the shoe drive goes for a month, you should easily get about 100 bags.

Besides, having weekly goals helps you to communicate the right numbers to the donors and supporters. They’ll want to know how everything is going. It also creates a feeling of urgency, as they’ll be interested in achieving the end goal of the campaign.

Create a Robust Team for the Shoe Drive

Unity they say is strength. Therefore, come up with a team that will conduct the shoe drive. Having people ready to make calls, mobilize the masses and advertise on social media is the way to go. It’s next to impossible to organize and conduct a shoe drive on your own.

A successful shoe drive is all about mobilization and using the right strategies. We hope that the tips above can help plan a successful campaign. You can make significant funds with a shoe drive. Besides, you’ll be doing the environment a huge favor.