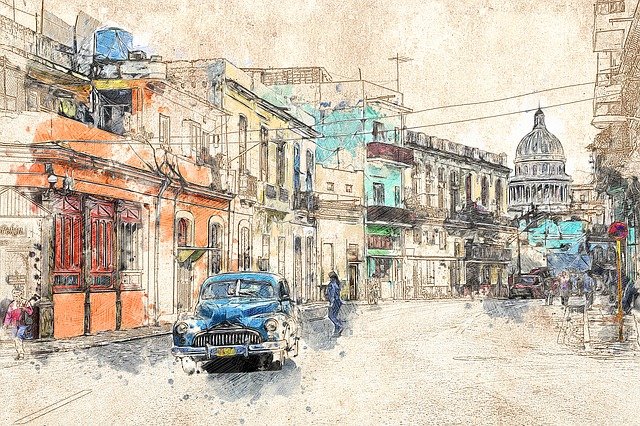 The Republic of Cuba is often represented by its highly authoritarian state leaders like Fidel Castro and Miguel Díaz-Canel. A single staunch despot encircles Cuba and its politics, be it Fulgencio Batista supported by right-wing capitalist nation the USA or the famous Fidel Castro backed by the then Soviet bloc.

Most of the time, Cuba has hit the news for its constant criticism against the Imperialist USA. But before Fidel Castro’s regime, the Caribbean island was one of the USA’s closest allies. In fact, it helped when Cuba was facing a political crisis by directly involving the state mechanism.

As soon as Batista was removed, the revolutionary leaders took over Cuba and challenged the mighty Power. The Ideology of the then rulers was crystal clear, and the same was injected into the minds of Cubans. Fidel Castro unleashed red-hell on all his opponents once he assumed the nation’s powerful seat.

Liberals, democrats, and socialists were the victims of harsh Leftist policies. Fearing the consequences, many citizens left the Island for other developed nations. The State-sponsored terror against its citizens and gross violation of Human rights are left unquestioned under the communist regime.

Despite the premier’s odds, he successfully failed the assassination plans plotted against him by his rivals. He made a substantial impact on the minds of Cubans.

“There was… no doubts about who the victors were. Cuba’s stature in the world soared to new heights, and Fidel’s role as the adored and revered leader among ordinary Cuban people received a renewed boost. His popularity was greater than ever. In his own mind, he had done what generations of Cubans had only fantasized about: he had taken on the United States and won.”

The state’s worsening economic conditions have made leaders reconsider the traditional economic policies; a planned economy under the State shall not be a possible post-pandemic hit. Internal inefficiency and USA sanctions made the situation worse.

Miguel Diaz-canal, President of republican Cuba, hinted at major Policies affecting the Cuban economy and possibly indicated a Disinvestment. The privatization of Agriculture products has already been done, and citizens are waiting for more reforms.

Havana, a major tourist, has lost the economy because of closures because of the pandemic. The right-wing supporters outside Cuba are lobbying to pressure the government for an open market economy. Currently, communist Cuba is sitting in a crisis, leading to significant political change in the revolutionary nation.

The political activists, Human rights activists, and right-wing Liberal democratic supporters are working in silence. They will capitalize on the Communist government’s wrongdoings to bring in the Liberal democracy and replace the State-owned economy with an Open market economy, which will further strengthen the thoughts of Liberty and Freedom.