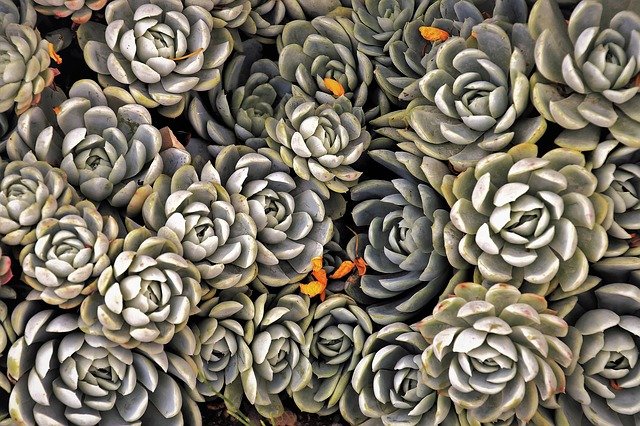 There are different classifications of plants in botany, and there is a group of plants known as succulents. These plants are called thus because they have sections that are full of water, thick, stocky, and fleshy. This is because they typically retain water in arid soils or arid climates like deserts. The word itself stems from the Latin phrase sucus which means ‘sap’ or ‘juice,’ which points to the description.

Succulent plants are known for storing copious amounts of water or moisture in body parts like the stems and leaves. There are also some other instances where the storage is done in the roots. Plants like cacti are also termed as succulent, but they are in a class of their own. Such plants are also planted and groomed for ornamental purposes.

There are several plants considered to be succulent today. A good number of these plants are seen in areas with extreme temperatures or a deficient rain level, as seen in several deserts like the Sonoran Desert in North America or the Thar Desert in India. Succulents are known for surviving on a deficient level of water like dew or mist. This adaptation allows the succulent plants to survive on a minimal water supply.

This adaptation allows succulents to be able to become resistant to drought. That explains why the roots, stems, and leaves of the plants are fleshier than expected. They all act as water-storing tissues. Succulents that are generally adapted to living in a very dry and arid environment are also known as xerophytes. They are differentiated from the ones that are known as geophytes. The latter are plants that can survive long stretches of unfavorable conditions by storing nutrients and water in their underground organs. These organs include tubers, bulbs, and corms.

Suppose there is an adequate supply of water and the temperature is right. In that case, plants tend to develop thin and broad leaves with the broadest possible surface area for optimal photosynthesis. Plants have been able to adapt to several seasons of drought by developing features that allow them to survive while also conserving water loss.

It is a combination of these characteristics that allow plants to survive arid and hot conditions. Plants have structural and physiological features that will enable them to function, and the following sections will provide more details on exactly how succulents manage to do this.

These plants have evolved several structural mechanisms that allow them to minimize and prevent the loss of water. Whenever there is water, these plants absorb it using the roots and then lock the moisture in place using the water storage cells.

These cells can store the water tightly without losing it; they release the water only when the plant is in dire need of it. This is how the golden barrel cactus and coral aloe can store great water quantities in their stems and leaves.

A typical leaf has three principal layers, there are the lower and upper layers made up of the epidermis, and it usually is just one cell in thickness. Then there is the mesophyll, which is in the middle of the leaf, and this is moist and is the site of photosynthesis.

The epidermis has holes called stomata, and they are used for breathing as that is where respiration occurs. If a leaf has a thin epidermis and many stomata, water will escape via the stomata and epidermis. In dry or arid climates, plants can do conservation water by reducing the size of their leaves.

A reduction in the leaves’ size means that there will be minimal loss of water, which is a beneficial adaptation for plants in water-poor regions. Tinier leaves mean reduced stomata as compared with bigger leaves. There are also dry-land plants that have their stomata only on the plant’s inferior sections, which further decreases water loss.

The presence of hairs or coatings on plants is another way by which water loss is prevented. These layers covered with wax can make the leaf look shiny, bluish, or dull in appearance, as seen with the agave plant. The air’s presence also reduces the movement of air over the leaves, which decreases water loss and transpiration.

Many arid-climate and succulent plants have also evolved a kind of photosynthesis known as Crassulacean acid metabolism. In this process, the stomata open up only at night and store the carbon dioxide, which they then use for photosynthesis during the day.