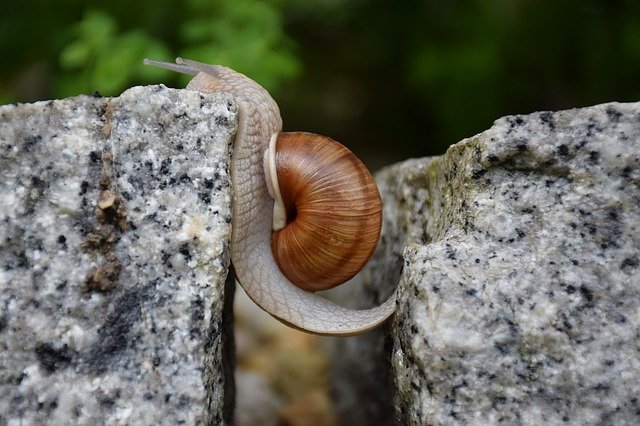 Winter is the harshest season of the year, and even humans have to make use of warm clothing and proper shelter to survive the brutal cold spells. This has led many to imagine how snails cope when the temperatures plunge below zero. This article is going to answer this fascinating question and outline how the snails do it.

How Snails Pull Through Winter

Snails are known for preferring crevices and crannies in various places. By the time you are done reading this piece, you will have a perfect comprehension of how land snails can survive winters without freezing to death, as many might have expected.

Snails have evolved to develop the ability to survive in different regions. Because of this, a relatively small number of land snails are seen to be active whenever the temperature plunges below freezing, and once winter approaches, they make a dive for it.

Humans protect themselves quickly during cold because our bodies are formed mainly from water, and ice crystals can lead to fatal consequences. Similarly, the snails use mucus to form a layer of protection from the harshness of winter.

Snails make use of a dehydrated layer of slime to shut the shell mouth tightly. The snail is then able to remain sealed inside for months on end. The snails are smart as they make sure to look for come corners under stones, inside walls, or under leaf litter before they seal themselves in. they make sure to find the ideal locations first so that the frost will not get to them.

It is also noticed that several snails can choose a particular place to practice joint hibernation. These snails have also been observed to emerge whenever the temperature becomes very favorable.

There are several snails found domestically. An overwhelming fraction of these snails are the brown-lipped ones (Cepaea nemoralis); they are named because of the characteristic dark brown bands around their shell. The shells themselves are usually ringed in different colors and rings, and that explains their distinctive appearance.

Then there is the white-lipped variant (Cepaea hortensis) has a whitish lip alongside several colors and patterns. This phenomenon in biology is called polymorphism. The regular garden snail (Cornu aspersum) is remarkably bigger and darker but with a much thinner shell. It was part of the dishes in the past when it was called ‘wallfish’.

Snails do not make use of just the slime layer to protect themselves during the extended spells of winter cold. They also engage in low periods of activity known as hibernation. These gastropods have their unique habits and lifestyles and the habit of going into hibernation.

Another unique feature of the snails is that they are also hermaphroditic, which means that they have both sexes’ organs so they can multiply with ease.

Snails also have no sense of hearing, and salt is what they avoid because of the toxic nature. Talking of hibernating, snails can enter this sleep-like state in which their body metabolism is greatly reduced.

It will interest you to know that snails can enter hibernation mode for years, for as much as three years at a stretch. This is because snails need moisture. After all, they can survive. If the environmental conditions are not pleasant, then they can enter this mode of hibernation.

This is why snails can engage in hibernating for as much as three years. The precise mode of hibernation adopted depends on the factors of geography. Hibernation is done during the winters, while aestivation is the equivalent during the hot and arid seasons.