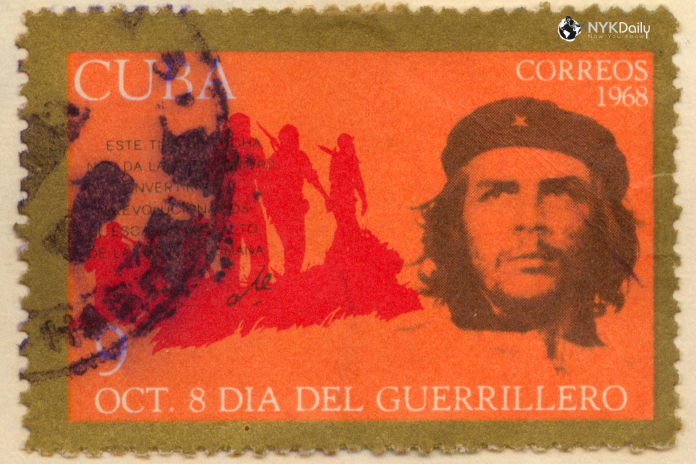 There are zones, states, or regions that are very unstable because of the insurgencies. An insurgency is described as a weaponized rebellion against a legitimate authority or government. At the moment, there are numerous examples of violent uprisings in different parts of the globe and they are sources of destabilization.

Examples include the Boko Haram insurgency in northeastern Nigeria, Al Qaeda in the African Sahel, Ambazonia crisis in Cameroon, Azawad insurgency in northern Mali, Donbas rebellion in eastern Ukraine, East Turkestan Islamic Movement in China, the Islamic State in several nations, and many others.

So how does a legitimate government get to control or govern areas that are under the control of insurgents? There are several strategies that governments employ when they are confronted with insurgent territories.

These include the following:

Some governments simply decide to fight fire for fire. They mobilize military offensives against the violent non-state actors. In this style, the government launches a series of counter-insurgency warfare and offensive missions aimed at smoking out all the rebels. This was exactly what happened from May to October 2017 during the Battle of Marawi in the Philippines.

In that conflict, President Rodrigo Duterte, as the commander-in-chief of the Phillippines’ Armed Forces, ordered a relentless attack against the Islamist Maute Group, which had pledged its allegiance to the Islamic State. The battle was so vicious that it holds the record as the longest urban battle in the modern Philippines’ history.

The bombings and airstrikes by the Phillippine Air Force and the Naval Air Group of the Philippine Navy were so heavy that the government defeated the Islamist terrorists decisively. All the terrorist leaders were killed and the jihadist insurgents failed to establish their ISIL territory. Marawi was liberated from the Islamists on the 23rd of October, 2017. So if a government has all the resources, it can go for a direct military confrontation with the insurgents.

The targeted assassination of insurgent leaders is another aspect of direct military warfare that governments employ when tackling insurgencies. The United States of America has probably used this more than any other government on earth. It has launched drone attacks and assassination missions against Islamist networks leaders in different parts of the world.

The United States government used such moves to take Osama bin Laden in Pakistan and Anwar al-Awlaki in Yemen. However, the United States is not the only one in this category; the State of Israel has also used targeted assassinations to neutralize several Hamas leaders.

Military strategists and policymakers realize that an insurgency can only survive if it has local support and sympathy from the population. In such a case, the legitimate government may not choose to go for military confrontations; it can choose to embark on a mission to win the locals’ hearts and minds. This is used with varying degrees of success in different regions of the world. Some governments choose to re-educate the locals and let the people know how to identify and even reveal the insurgents’ secrets. This is one of the methods that the government of the People’s Republic of China has employed in tackling Islamist insurgency in the country.

The Government of China has launched the Xinjiang re-education camps, which are officially known as the Vocational Education and Training Centers. These are internment camps that contain as much as 1.5 million inmates. These detention camps are operated and administered by the Xinjiang Uygur Autonomous Region government and the Chinese Communist Party provincial-level committees.

There are extensive re-education and retraining sessions carried out in these internment camps. The government of China intensified efforts regarding these internment camps following the terror attacks by Islamists in 2014. The camps are very extensive facilities, and even though some other governments have condemned them, they are the measures put in place by the Chinese government as a response to insurgencies.

All insurgencies anywhere on the planet need money to survive. Without the flow of funds, there is no way they can purchase vital supplies like food, fuel, medicines, and weapons. Since the insurgents also know that they need money, they try to devise all possible means to make sure that they never run out of cash, and this is where the legitimate governments swing into action. They do all they can to ensure that all forms of funding are blocked.

Once the sources of funding are blocked, the insurgent movements are suffocated. A way to get this done is for the government to identify those who are financing the insurgent groups and placing them on a blacklist while also prosecuting them for terror or insurgency financing.

An integral aspect of success for violent insurgent movements and armed rebellions is that they all need weapons to fight. A legitimate government can connect with other governments in the regions of those who supply the weapons and dry up the arms flow. If insurgents do not have arms and ammunition, there is no way they will maintain their rebellious stance. Since insurgents have to rely on the black market for weapons, it is typically devastating for them once their arms and ammunition sources are dried up.

One of the factors that work in favor of insurgents is when the existing institutions like the police, army, immigration, or civil defense forces are weak. If a nation’s military is weak or demoralized, it will be a walkover for the rebels. Thus, a way that the government can use to regain control is to rebuild existing institutions to be more capable of tackling the insurgent threat. Failure to do this will mean a string of victories for the insurgent forces.

Here is one of the classic and efficient moves used by authorities for thousands of years. From the times of Genghis Khan to the time of Dwight Eisenhower, governments have always found a way to infiltrate the camp of the enemy, spying on them so that they can formulate strategies that are used to destroy the insurgents or enemy combatants than as the case may be.

Insurgencies have always been a feature of societies, and they are going to be like that for a long time to come. However, there are ways by which governments can still retain control of their territories that are threatened by insurgent forces. The strategies employed by governments over time have been outlined in the sections above and have been proven to be very efficient when used singly or jointly.