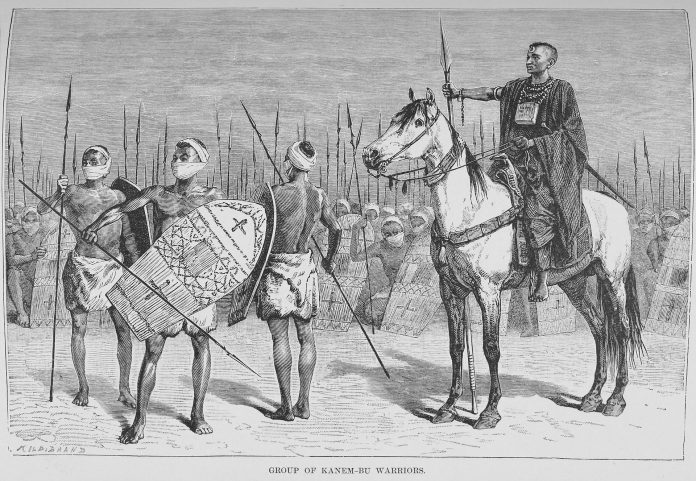 Chad (also called Tchad or officially the Republic of Chad) is a landlocked nation of about 15 million people located in Central Africa. It shares borders with Libya, Nigeria, Sudan, Central African Republic, Niger, and Cameroon. As it is very far from the sea and mainly a desert nation, it is also called the Dead Heart of Africa.

The place that is now modern-day Chad happens to contain some of the most important archaeological locations on the continent. Hominid remains dating back over seven million years ago have been found in Chad.

In 7000BC, the upper half of what is Chad was a vast area that promoted human habitation, and we know this because of the rock art left by the people of that era. The significant difference between prehistoric Chad and the nation today is that back then, there was a lot of water. Once again, the evidence lies in the rock paintings left in areas like Borkou and Tibesti.

States were established by the end of the 1st millennium AD all over central Chad. These states interacted with one another over the next millennium, and their impact is felt till today. Many of these states commenced as kingdoms in which the king ruled by divine rights and was fiercely militaristic. Their grip over the trans-Saharan trade routes shored up their economic systems. The states prospered and declined over time, and the most important of them were Baguirmi, Ouaddai, and Kanem-Bornu.

The colonization of Chad can be said to start with the French military’s invasion in 1891, and they enforced their rule on mainly the Muslim empires via bloody expeditions. The most important of these combat engagements for Chad’s soul was the Battle of Kousseri, which happened on the 22nd of April, 1900. It was a straight fight between Sudanese warlord Rabih az-Zubair and Major Amedee-Francois Lamy of the French forces.

In 1905, Chad’s administration was placed directly under a governor-general based in Brazzaville, then the capital of French Equatorial Africa. It was not until 1920 that Chad was made a separate colony under a lieutenant governor based in Fort Lamy (later renamed N’Djamena). France colonized chad alongside other places.

Chad was the first of all French colonies to join the fight during World War II in August 1940 following France’s defeat by Nazi Germany. People from Chad were mobilized to fight for France, and Germany retaliated by bombing N’Djamena in 1942.

The end of the war led to the formation of political parties in Chad, and calls for independence grew louder. Local parties’ struggle would continue until the 12th of July 1950, when France declared Chad to be a fully independent nation. This became official on the 11th of August 1960, and Francois Tombalbaye emerged as the country’s first president.

Tombalbaye ruled with an iron fist, and he quickly became an authoritarian figure. By January 1962, he had placed a ban on the political parties except his own. He commenced the concentration of power and authority in his hands, and he descended mercilessly on his opponents. He faced a rebellion and a civil war, and he had to call on France to help him. Tensions continued until April 1975, when Tombalbaye was gunned down during a coup.

The military swiftly filled the vacuum left by the death of Tombalbaye, which led to the emergence of General Felix Malloum as the new leader of Chad. However, the new army general himself was not able to control the situation. By 1979, the forces of Prime Minister Hissene Habre turned on the government, and Malloum was removed from office. This led to a catastrophic civil war, and other African nations like Nigeria had to swing into action.

Hissene Habre took power in 1982, and he started another reign of terror. He also had to face armed opponents from different sides, and he was merciless in his response. He was accused of ordering the killing of over 40,000 people.

The exit of Habre did not mean peace for Chad as various ethnic groups like the Gorane, Zaghawa, and Hadjerai turned on each other, and new rounds of fights broke out. An army general and a Zaghawa named Idriss Deby emerged triumphantly, and on the 28th of February 1991, he became the president of Chad, a position he has maintained till today.

Chad is not the best of stories today as it remains a nation in a struggle. It is one of the poorest nations on the planet, and it is facing a violent Islamist insurgency launched by the Boko Haram terror group. The country is destabilized, and most of the citizenry live in abject poverty.

The long years of constant conflicts and upheavals have taken a heavy toll on the poor nation. The conflicts in neighboring countries like Nigeria, Cameroon, Niger, and Sudan, with refugees pouring into Chad, have worsened Chad’s condition.

There are several active political parties, but President Idriss Deby remains firmly in charge and will most likely remain the reality for a long time to come. There is widespread violence and corruption, even though crude oil deposits have contributed to the economy since 2003. It is unclear what the future has in stock for Chad, but most Chadians believe that things will undoubtedly get better. The country is almost split into half between Muslims and Christians, but it has more than 100 ethnic languages, with French and Arabic being the official languages. Maybe Abrahamic religions have always brought destruction to emerging nations.