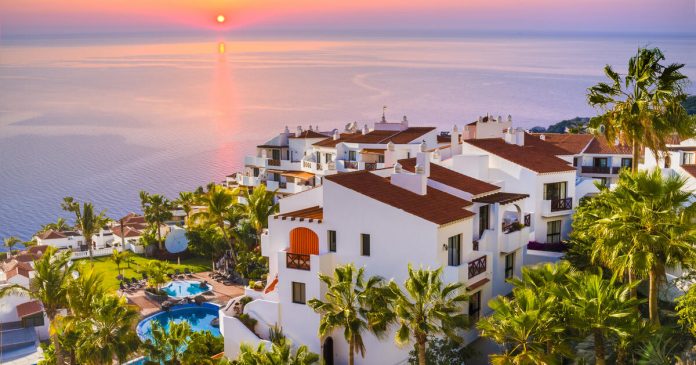 The Canary Islands are some of the most exciting places to visit. This Spanish archipelago is geographically part of Africa, but it is politically and economically regarded as a part of the European Union. The Canaries are very popular with tourists, and you will be amazed to know that the collection of islands is not named for the canary bird. The islands’ name stems from the Latin term for the place, Insula Canaria, which translates to ‘Island of the Dogs’.

Now that an impressive opening has been given, the next step will be to dive into history.

Times Past: Ancient and Pre-Colonial Eras

This archipelago has been known to humankind since the times of antiquity. Before the phase of colonization by the Spanish in the period from 1402 to 1496, the islands were peopled by a local native population believed to be the Guanches. Greeks, Phoenicians, and the Carthaginians all visited the Canary Islands, and this is reflected in their records.

Studies in archaeology have led scientists to believe that the original settlers got to the place by sea, after which they imported domesticated animals like dogs, sheep, goats, and pigs. They were also believed to have brought barley, wheat, and lentils to the islands. They were believed to have arrived by sea around 1000 BCE or even earlier, and the suggestion is that these original settlers are of the same roots as the Berber tribes of North Africa.

Conquest of the Canary Islands

Conquest of the Canary Islands came in 1402 following the arrival of representatives of King Henry III of Castille, French explorers Gadifer de la Salle, Jean the Bethencourt, and others. They landed at Lanzarote and promptly commenced their missions of conquest. Bethencourt was made the King of the Canary Islands, but he recognized the Castilian monarch as his ruler.

The conquest patterns and cycles of resistance from the locals would continue until the period between 1478 and 1496, when the rulers of Castile decided to conquer the Canary Islands directly. The natives would continue to fight the invading colonial forces for close to 100 years.

The sugar-based economic systems that the Spanish colonists had put in place had to match up to the competition from the islands in the Caribbean, also controlled by Spain. When the sugar prices plunged in the 19th century, it led to a serious economic crisis on the islands. Things were so hard that many people from the island decided to migrate to parts of the Americas under Spanish influence.

Period of the Expeditions

This is roughly the period from 1770 to 1830. The expeditions or voyages were typically funded by the monarchies and happened in waves. Many trips were scientific, and the records are still in use today.

The start of the 20th century came with introducing a new cash crop, which was the banana, to the Canary Islands. The export of bananas at that time was under the control of private companies. This would continue with some disturbances in the political sector.

The Canary Islands’ history cannot be said to be complete without mentioning Spanish dictator Francisco Franco. He had ruled Spain and all Spanish territories from 1939 to 1975, and he ruled totally with an iron fist.

Upon Franco’s appointment in 1936 as the General Commandant of the Canaries, he swiftly joined the military revolt, which eventually led to the Spanish Civil War. He wasted no time in declaring control over the Canary Islands, but there was resistance by some of the locals. Even though the war never got to the islands, suppression of political dissent was massive there.

British Prime Minister Winston Churchill had another plan in mind during the Second World War. He had planned for British forces to seize the archipelago and turn it into a base for the Royal Navy. This was supposed to be the plan should Gibraltar get invaded by Spain.

The Canary Islands after Franco and Today

Following General Franco’s death, there were calls for independence. It was so severe that an armed movement called the Movement for the Independence and Self-Determination of the Canaries Archipelago (MAIAC). This organization was given a significant boost when recognized by the Organization of African Unity in 1968.

They pressed on until 1982 when Spain granted the Canary Islands autonomy. Today, the Canary Islands remain an autonomous community in Spain but one with two capitals: Las Palmas de Gran Canaria and Santa Cruz de Tenerife. It has evolved to become a major center for tourism.