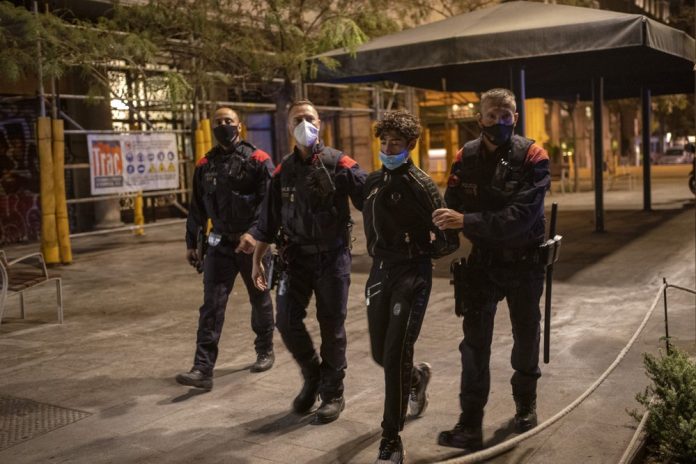 A one month partial shutdown has started in Germany, with bars, restaurants, cinemas, theaters and other leisure facilities closing down until the end of the month.

The restrictions that took effect Monday are milder than the ones Germany imposed in the first phase of the coronavirus pandemic in March and April. This time around, schools, kindergartens, non-essential shops and hairdressers are to remain open.

But leading officials decided last week that a “lockdown light” was necessary in light of a sharp rise in new infections that has prompted many other European countries to impose more or less drastic restrictions.

On Saturday, the national disease control center reported the highest number of infections in one day — 19,059 — since the pandemic began. Figures at the beginning of the week tend to be lower, and the center reported 12,097 cases Monday. But that compared with 8,685 a week earlier, underlining the upward trend. Germany has reported over 100 new cases per 100,000 residents over the past week.

Chancellor Angela Merkel and state governors are to review the situation after two weeks.