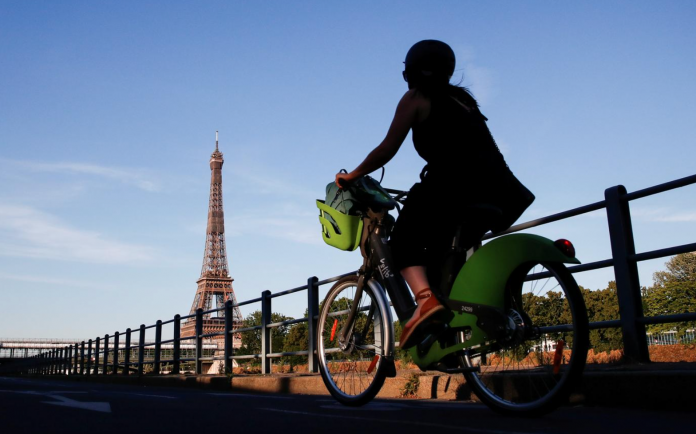 France’s economic activity is 12% lower than normal this month after the country entered a coronavirus lockdown for the second time this year, the central bank said on Monday.

The government imposed the new lockdown on Oct. 30 to rein in a surge in new cases although the restrictions were softer than the first time to limit the impact to the euro zone’s second-biggest economy.

The Bank of France said economic activity was expected to be reduced by 12% of normal levels as a result, worse than the 4% drop in October but far better than the 31% loss seen in April during one of the strictest lockdowns in Europe.

“Before the second wave we thought we’d have a recession of a bit less than 9%, we now expect that for the whole of 2020 we will be between -9 and -10%,” Bank of France Governor Francois Villeroy de Galhau said on RTL radio.

To estimate the impact of the lockdown on the economy, the central bank drew on its monthly survey of 8,500 business leaders, which was conducted this time between Oct. 28 and Nov. 4, with 90% of responses coming after the lockdown started.

Services requiring direct contact with customers were expecting the hardest hit, with activity seen down 40% in the wholesale, retail, transport, hotel and restaurant industries.

Meanwhile, businesses in manufacturing expected to operate at a loss of only 7% of their normal activity and construction 8%, the central bank said.

The survey corroborates the picture painted since the new lockdown by high-frequency data ranging from traffic congestion to electricity use, which indicate the economy is holding up better than the first time.