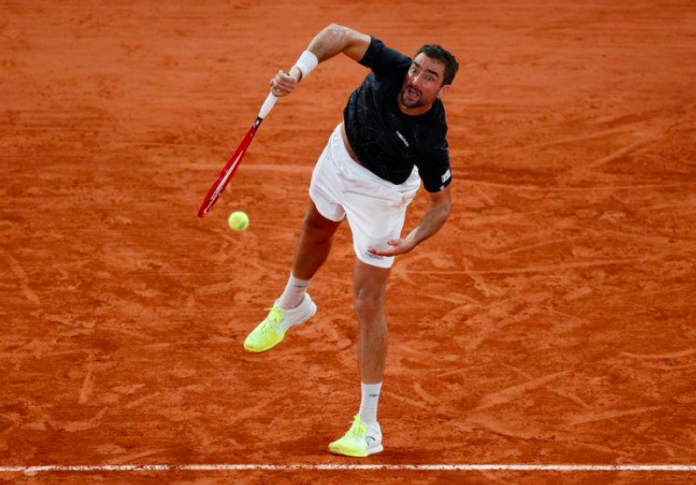 Marin Cilic has won a Grand Slam and reached a career-high ranking of third but the 32-year-old Croatian feels he is still striving to play his best tennis even after spending 16 years on the professional tennis circuit.

Cilic, who won his maiden Grand Slam title in 2014 at the U.S. Open, reached the Wimbledon final in 2017 and the title round of the Australian Open the following year to climb to his highest ranking.

He has currently slipped to 43rd in the rankings but Cilic, who is six foot and six inches tall, is still considered by top players as a tricky opponent with his big serves and heavy groundstrokes.

“I feel that I haven’t reached my peak still,” Cilic told reporters after defeating Felix Auger-Aliassime 6-0 3-6 6-3 in his opening round of the Paris Masters on Monday.

“Peak meaning that I feel the best on the court physically, mentally, technically, that I play my best tennis. I would like to reach that peak and feel that, ‘okay, I have done that. This is what I was working for, and I can relax my mind now and go into retirement’.

“I feel definitely, I wouldn’t say disappointed, but just, that maybe I haven’t reached my peak and accomplished what I could have accomplished.”

While the 2020 tennis season was left ravaged by a lengthy shutdown due to the COVID-19 pandemic, the break proved timely for Cilic, who became a parent for the first time in January.

The stop-start season allowed him to spend more time at home, something professional players cannot afford to do normally, and Cilic feels parenthood has helped him as a player.

“I’m feeling very happy on the court, off the court,” he said. “This just gives me a little bit more stability in playing. And when I’m finishing tournaments, if I’m losing, I’m happy to go home.”