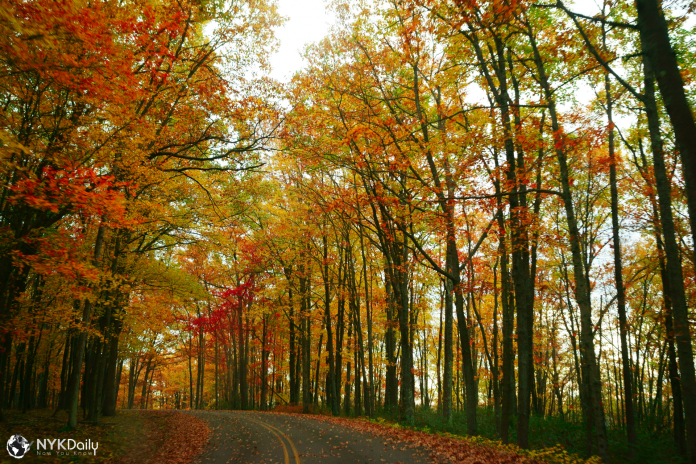 Pennsylvania wilds is a sizeable deep forest with an unusual regal building – remnants of the late 19th century when coal, lumber, and oil brought money to this lately unexplored region. The cash cow of resource ancestry was ultimately milked dry by the turn of the 20th century, and the land fell on tough times. Since the bust, this blend of 12 counties has returned to its wild state; much of the area is state parkland or national forest.

How to reach Pennsylvania wilds?

Williamsport, home of the World Series, lies in the northern end of the region and has its regional airport. It has decent flight connectivity with American Airlines serving daily from nearby cities.

Rated one of the best spots for stargazing in the United States, this hilltop state park seems to carry plenty of space, but be sure to book well ahead in June and August, when the Milky Way is almost straight overhead.

Cherry Springs is one of only five parks in the US (the others are in Natural Bridges, UT; Death Valley, CA; and Clayton Lake, NM; Big Bend, TX) to have received the highest certification or rating by the non for profit International Dark-Sky Association, which speaks against out light contamination and advocates for preserving the night sky.

Nearly two large open fields (one a former runway at an elevation of 2300ft), Cherry Springs is encompassed by the hills of the 262,000-acre Susquehannock State Forest, which tends to block any false light. The area also has a remarkably low population density. Starting about an hour after sunset on Friday and Saturday nights from Memorial Day to Labor Day (Saturdays only from late-April to the top of May and September to the start of November), the park hosts free telescope-assisted and laser-guided constellations tours. Crowds of several hundred people are typical on clear nights in June and August.

Much of northwestern Pennsylvania’s old-growth forest has been washed off the map, but not so in Cook Forest, a 9000-acre preserve situated just south of Allegheny National Forest. Be on the lookout for the ‘Forest Cathedral,’ which includes the Ancients – a tranquil grove of 400-year-old hemlock and white pine.

The common wildlife of Cook Forest includes squirrels, white-tail deer, raccoons, otters, and opossums. Cook Forest State Park is a haven for birds, and you can expect raptors, songbirds, raptors, and even great blue heron. A few red foxes, black bears, and coyotes roam the woods.

The world’s tallest railroad structure when it was constructed in the mid-1800s, this 301ft-high bridge was reconstructed in steel in 1900 – but then partly collapsed in 2003, when an F1-grade tornado hit it. The leftover piece, jutting out into the air, is now a travel deck, with an exciting and perhaps unnerving view over the broken steel piers and the canyon below.

This 8000-acre lake seems as if it were always a deep-blue complement to the panorama. In reality, it records only to the 1960s, when the reservoir was built as a byproduct of the Kinzua Dam. Today, some 27 miles long, this water body is a hot spot for boating, camping, and just soaking in some calm beauty.

Sinnemahoning is one of the most fantastic wildlife-viewing parks in the state. Bobcats and coyotes prowl around almost 1900 acres of the dramatically gorgeous gorge and valley-forested region. A 145-acre reservoir surrounding the park is excellent for a cold dip. At Sinnemahoning, you can expect to see Nesting bald eagles, bobcats slipping through the brush, Coyotes yipping in the night, and Bears gorging on berries.