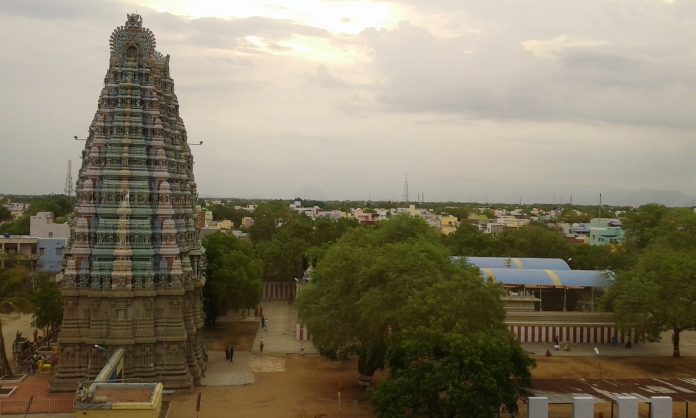 Already faced with reduced production owing to coronavirus pandemic, firecracker manufacturing industry in Tamil Nadu’s Sivakasi is now more worried about its future prospects as states like Rajasthan, Odisha and West Bengal have banned sale of firecrackers owing to the pandemic.

They pointed out that not only their loan repayments and other transactions would be affected, but also the livelihood of lakhs of workers involved in the manufacturing process was under threat.

The industry players and common people are of the view that Diwali festival is being “targeted by vested interests”.

“There has been a consistent attack on the industry for a long time on one or the other pretext. Diwali is one festival that is celebrated across the country and Sivakasi’s firecrackers provide a reason for the people to celebrate,” former Tamil Nadu Fireworks and Amorces Manufacturers Association (TANFAMA) President T Asaithambi said.

He said that for the past two years, the industry was bogged down by the issue of manufacturing ‘green crackers’ that emit less smoke.

The National Green Tribunal too wants firecrackers to be banned this time around, he added.

“If sales are banned, then our payments from wholesale dealers will take time to be realised, which in turn will impact our loan repayments and payments to our raw material suppliers,” Asaithambi rued.

More important is the livelihood issue for several lakh workers due to reduced or total stop on production of firecrackers as dealers/retailers will be saddled with unsold stocks that they may carry over to the next Diwali.

Industry stakeholders said that owing to lockdown and other uncertainties the production of firecrackers this year was cut by 35 per cent.

Pointing to pollution caused by automobiles and other sources, they said that firecrackers only caused negligible pollution and that too for a short period of time.

Industry officials maintained that they are manufacturing ‘green crackers’ in accordance with formulations provided by the Council of Scientific and Industrial Research (CSIR) and the National Environmental Engineering Research Institute (NEERI).

“The NEERI claims that the emission levels have gone down by 30 per cent. If that is the case, why should the firecrackers be banned?” the manufacturers questioned.

“There are many festivals in India for which people buy new clothes, do special puja, make sweets at home, and greet friends. Diwali is only national festival where firecrackers are used,” Tamil TANFAMA President Ganesan Panjurajan earlier said.

Manufacturers are also aggrieved that some of the major political parties in Tamil Nadu have failed to espouse their cause.

“It was only Nirmala Sitharaman, when she was the Union Commerce Minister, who took active interest in matters concerning us, like ban on import of Chinese firecrackers and reduction of Goods and Service Tax,” Asaithambi said.

Sivakasi in Virudhunagar district in Tamil Nadu accounts for nearly 90 per cent of the country’s firecracker production, and has 1,070 firecracker units located in and around the city.

The firecrackers manufactured in factories in Sivakasi are valued at around Rs 2,500 crore, while the retail sales total around Rs 6,000 crore. This year, production may be just total around Rs 1,800 crore.

The fireworks industry has been targeted in the past as well. First, the manufacturers were targeted for employing child labour, followed by accusations pertaining to noise pollution.

“Next time, there may be claims that light emitted by firecrackers is injurious to human eye,” quipped an industry player.

“The automobile industry was given a long time to shift to the BS VI emission norms. But the fireworks industry was not given time to change,” a manufacturer said.

Asaithami said the government should lay down the emission/smoke norms so that the industry comes out with a solution.

“The proper way to bring down emissions is to fix maximum levels. The industry will then come out with their products accordingly. Without fixing base-level emissions and saying that use of new formulations will reduce emissions by 30 per cent is not scientific,” Association Vice-President Raja said.